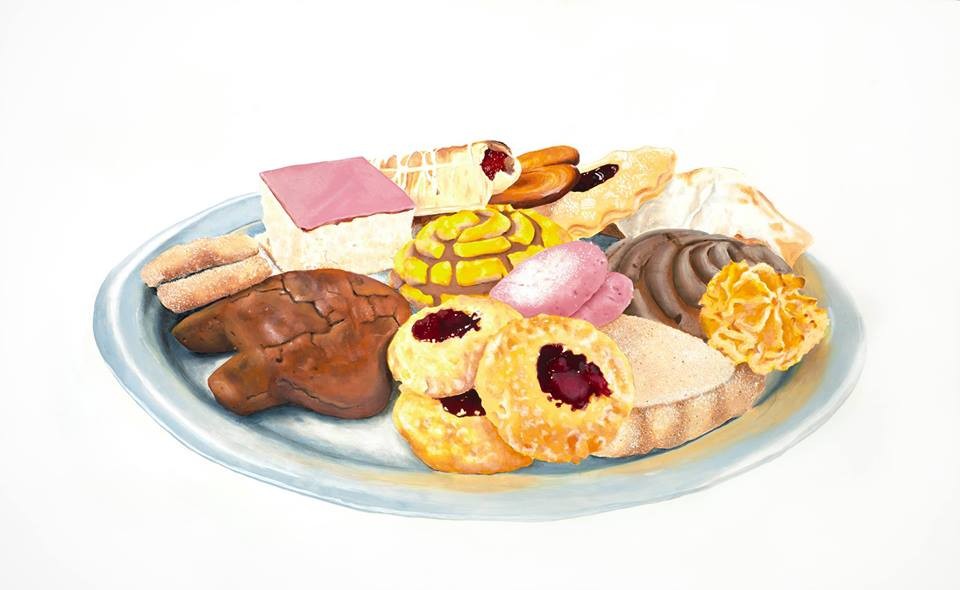 Newcomer Eva Marengo Sanchez left San Antonio for Indiana's Earlham College as a young adult, and she found what most Texans find when leaving the Lone Star State: an overwhelming craving for the taste of home.

In her first solo show, Sanchez explores that sentiment with "Craving" which opens Saturday, November 11 at S.M.A.R.T Gallery from 6 to 10 p.m. Through eight pieces, with custom built frames by Sanchez, the artist explores symbols of home, urban San Antonio, culture and cuisine.

After returning to San Antonio, Sanchez worked a number of jobs, including a stint with Andy Benavides, and eight-month trip to to Mexico City to study Spanish and art conservation. In 2015, Sanchez returned once again and enrolled in drawing classes at San Antonio College.

The oil paintings include a series of fruit cups, elote, a tray of pan dulce and a barbecue fundraiser plate. For each, Sanchez would seek out her inspiration, photograph at home and place it on a white backdrop so as not to give it any context.

"It's my vision of what a craving looks like, it's just in your head floating," Sanchez said.