Wed 11/29
The Hip-Hop Nutcracker
A contemporary re-imagining of Tchaikovsky’s classic score, The Hip-Hop Nutcracker features pioneering rapper and producer Kurtis Blow alongside an all-star cast of dancers, a DJ and a violinist. With help from the mysterious Drosselmyer, Maria-Clara and her Nutcracker Prince travel back in time to a 1980s-era Brooklyn nightclub. $39-$59, 8pm, The Majestic Theatre, 224 E. Houston St., (210) 226-3333, majesticempire.com. – Marco Aquino

Thu 11/30
‘Fabbyloso Unicorn Art Show’
While 2017 will undoubtedly be remembered as a grim, tragic and consistently surreal slump for an increasing number of reasons, pop culture historians may one day look back on it as the Year of the Unicorn. While it’s doubtful these magical beasts collectively reared their multi-colored heads to thoughtfully lift our spirits, it would be remiss not to recognize such fleeting contributions as unicorn-inspired bagels and macarons, unicorn makeup tutorials, unicorn T-shirts and headbands, body glitter promoted by some as “unicorn snot,” and Starbucks’ rainbow-swirled Unicorn Frappucino (a high-calorie concoction blended with mango syrup and “pink powder”). Although California transplant and longtime Southtown fixture Robert Tatum’s not typically one to jump aboard trendy bandwagons, it somehow comes as no big surprise that he and his extensive stall of cohorts are weighing in on “unicorn fever.” In addition to creative, irreverent and offbeat interpretations by more than 50 artists (not to mention a solo exhibition of retro-poppy works by Northern California artist Tony Speirs in neighboring Showdown Gallery), Tatum’s “Fabbyloso Unicorn Art Show” promises live music by The Swishbucklers and Pocket FishRmen, beats by DJ Epsr and a Unicorn Costume Contest with prizes (including gift cards for shops and eateries in the Blue Star Arts Complex) in three categories: Sexiest Costume (inclusive of all genders), Most Creative and Dumbest Costume. $5 (free before 7pm), 6-11pm, Brick at Blue Star, 108 Blue Star, (210) 858-2361, facebook.com/tatumoriginalschoicegoods. — Bryan Rindfuss

Thu 11/30
‘Critical Mass’
Hausmann Millworks Creative Community, in case you’ve never chanced upon it during On and Off Fredericksburg Studio Tour or visited on some other happy occasion, is a sweet little space with studios/offices for artists and craftspeople of all stripes. If you visit when everybody is showing, the place seems like a hive of creativity, buzzing with individuality aplenty even as it’s a community in the truest sense. The complex, housed in two old industrial buildings owned by the Hausmann family, who’ve run an assortment of businesses in the spot over the years, is utilized by more than 80 artists. On Thursday, in what will serve as an opening reception for an extended period of showings through February 25, more than 20 of these artists and artisans will have their work on display and be in studio to chat. Just a few of the featured artists that we are looking forward to seeing new stuff from are ceramicist Maura Fowler, jewelry/clothing designer Brandy Garcia (of B. Link Design), and visual artists David Almaguer, Hector Garza, and Symone Elliott. Free, 6-8pm, Hausmann Millworks, 925 W. Russell Pl., (210) 884-6390, millworks.gallery. — James Courtney

Thu 11/30
Southwest School of Art Exhibitions
Continuing its long tradition of displaying high-caliber new art from students and working artists, the Southwest School of Art will host a reception for three concurrent openings this week. A part of her inventive, ongoing project Umeyama Reports, artist Hiromi Stringer’s latest exhibit, entitled “Umeyama Time Teleportation Museum,” is an imaginary museum wherein the achievements of Stringer’s fictional character Shoei Umeyama are documented. In this work which reflects on “language, (mis)communication, and alternative points of view,” this character “experienced time teleportation to the contemporary world in which we live from the Japan of 170 years ago.” Meanwhile, Dana Franfort’s “Works on Paper” explores the limits of language, and the often unwieldy weight of connotation, in paintings featuring words and sayings in various states of distortion. Finally, Mary Holland’s “Tangled Up in Blue” is comprised of beautiful lace cyanotypes, “an alternative photographic printing process that produces a rich Prussian blue print using a photo sensitive solution of iron salts rather than silver salts.” Free, 5:30-7:30pm (on view through Jan. 28), Southwest School of Art, 300 Augusta St., (210) 200-8200, swschool.org/exhibitions. — JC

Thu 11/30
Distinguished Lecture: Mondo Guerra
Fashion designer Mondo Guerra, who appeared on two Project Runway television series, will join San Antonio Express-News columnist Emily Spicer for a conversation on the eve of World AIDS Day. In 2010, Guerra finished as runner-up on season eight of Project Runway during which he came out as HIV positive. Two years later, he won the first season of Project Runway All Stars. He went on to become a mentor on Lifetime’s Under the Gunn spinoff series. Since his days on Runway, Guerra has served as an advocate for HIV organizations, becoming a spokesperson for Merck’s Project I Design and Subaru’s Dining Out For Life. In an interview with Lover Boy Magazine, Guerra explained the process behind disclosing his HIV status on Project Runway. “To be honest I wasn’t thinking about coming out as HIV positive. It wasn’t planned. It all happened very organically. Moment by moment it all fell into place. In retrospect I have an understanding of why though. Creativity has always allowed me to live. Creativity was my escape, my best friend. After 31 years of living with this existence I was given the opportunity to share my life through design.” Shortly after disclosing his HIV status, Guerra designed two limited-edition T-shirts with a Day of the Dead theme in honor of World AIDS Day. The shirts were sold to raise funds for amFAR, an AIDS research organization. “The Mexican tradition of Day of the Dead isn’t about death at all,” Guerra told the Huffington Post at the time. “It’s about celebrating the memory of loved ones. I think it’s a smart choice to use this for this cause.” Guerra continues to design everything from apparel to eyewear to Crocs. A post on his website says he is “currently focused on the development of cutting-edge multimedia content and continues to create modern designs that blend his fashion and social consciousness.” $10-$35, 6:30-7:30pm, McNay Art Museum, 6000 N. New Braunfels Ave., (210) 824-5368, mcnayart.org. — Sam Sanchez

Fri 12/1
Book Signing Reception & Art Sale
Something of a one-stop shop for the local history buff, this signing and sale unites the authors of three giftable books that celebrate San Antonio in distinct ways. Published by the History Press, San Antonio’s Historic Market Square sheds light on the backstory of an Alamo City landmark from the perspective of Edna Campos Gravenhorst, a South Texas native hailed as “a storyteller of the working class.” An updated and expanded version of Mary V. Burkholder’s 1973 classic, Jessie N.M. Simpson’s The King William Area, A History And Guide To The Houses goes beyond the storied neighborhood to explore “the history of the people who lived there throughout the years.” An accomplished local lensman who’s represented in the Smithsonian National Portrait Gallery and the National Museum of Mexican Art, Al Rendon casts a broad net over the Alamo City in San Antonio, A Photographic Portrait, a collaboration with author Gary Whitford that covers the missions, the River Walk, Bob Wade’s record-setting cowboy boots, Fiesta and plenty in between. Free, 6-8:30pm, Rendon Photography & Art, 733 S. Alamo St., (210) 288-4900, alrendon.com. — BR

Sat 12/2
Poets, Prose, & Play
If you’re longing for an evening’s whirl with the exceptional capacity for words to generate joy, sorrow, and thought — Wolverton Home Concerts has got you covered this weekend. The venue, an exceptional listening room in a private home that frequently hosts intimate concerts and exhibits, will play host to four talented women with diverse approaches to the stage and the page. This special showcase will feature Sarah Fisch, a stand-up comedian, artist, and journalist who currently writes for the nationally-aired PBS series Articulate with Jim Cotter, Isabella Ides, a poet and writer whose forthcoming novel The White Monkey Chronicles tells the tale “of a rogue order of nuns who are raising an abandoned deity in Humboldt County,” Jo Carol Pierce, a celebrated singer-songwriter, playwright, and screenwriter, and Caralyn Snyder, an actor, singer-songwriter, and poet. RSVP by phone or email or Facebook message for the address. $10, 8pm, Wolverton Home Concerts, (210) 463-9062, facebook.com/wolvertonhomeconcerts. — JC

Mon 12/4
Spurs vs. Pistons
Spurs icon Gregg Popovich and Golden State’s Steve Kerr have been notably vocal since last year’s presidential election, but when it comes to woke coaches, don’t sleep on Detroit’s Stan Van Gundy. Just last month, when asked about the biggest challenge facing a white coach in the NBA, Van Gundy described himself as “the poster boy for white privilege.” Van Gundy’s Pistons are playing inspired basketball to start the season, currently residing in the top tier of the Eastern Conference standings. Led by the potent tandem of Reggie Jackson and Andre Drummond, Detroit presents a physical challenge for a Spurs squad that continues to weather the NBA storm until key personnel return to the rotation. Forward Kyle Anderson has flourished as a starter, showcasing the smoothness of his multifaceted game in extended minutes, which should prove handy against the bruising Pistons. $9-$1,490, 7:30pm, AT&T Center, One AT&T Center Pkwy., (210) 444-5000, attcenter.com. — M. Solis 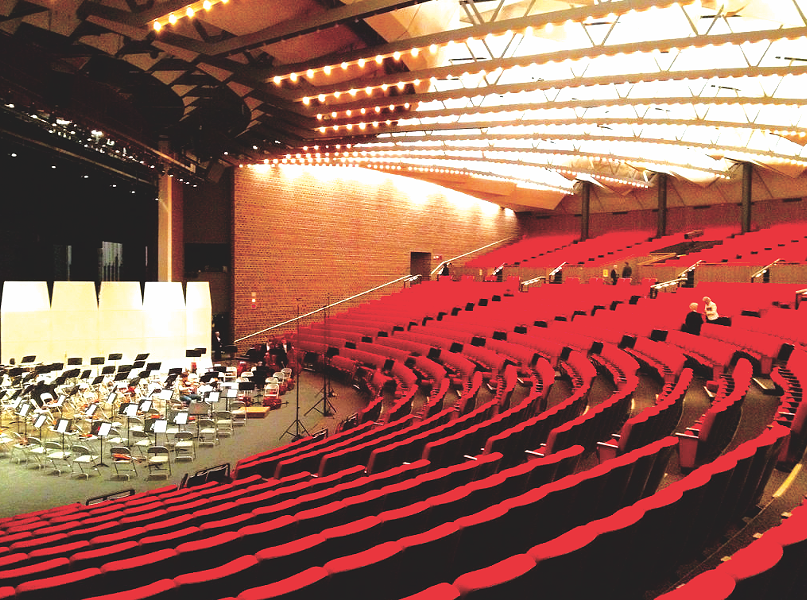 Tue 12/5
PechaKucha SA Vol. 28
It’s time again for your quarterly dose of inspiration via another staggering array of doers, thinkers, creators, and provokers. We’re talking, of course, about the 28th installment of PechaKucha. Just in case you’re somehow not familiar yet, our local edition is one of many international spinoffs of the Japanese presentation/lecture concept which is brilliant in its simplicity. Presenters, selected for their achievements, contributions and outlooks, get 20 slides each, which are each shown for only 20 seconds, for a total of six minutes and 40 seconds per presentation. For attendees, the fast-moving and concise format allows for easy apprehension of material and cuts back on natural tendencies toward losing focus. For presenters, the format forces them to crystallize their content until, hopefully, only best parts are left. The eight presenters for PechaKucha San Antonio volume 28 are El Paso artist Margarita Cabrera (whose work focuses on social-political community issues), couturier and fashion editor Leighton W., Trish DeBerry (CEO of communications firm The DeBerry Group), journalist and ceramic artist Mary Lance, philanthropist April Ancira, Trinity University President Danny Anderson, Magik Theatre founder Richard Rosen and former congressman Charles Gonzalez. $5, happy hour at 6:30pm, presentations at 7:30pm, Laurie Auditorium at Trinity University, One Trinity Pl., (210) 999-8117, pksa28.splashthat.com. — JC