Thomas J. Henry Made a Reality TV Show About His Rich Family Because He Can

HOLD THE DAMN PHONE. I know it's Friday and we all have better things to do but give me a second to explain.

Thomas J. Henry — that injury lawyer who took advantage of a mass shooting to advertise his firm — has decided to self-fund a reality show about his family on the riveting premise that they have a lot of money. THAT'S IT.

"Meet Los Henrys, a wealthy Mexican-American family from San Antonio," reads the YouTube channel's About Me section. "They travel, they spend, and they really know how to party. But at the end of the day, they are just your regular multi-millionaire family living in South Texas."

The show, called "Hanging with Los Henrys," and has an opening sequence crammed with bold lettering that screams "we're half Latino, check this shit out!" and loteria cards matched with each "character." The cast: TJH, his wife, Azteca, his two teenage kids, Maya and Thomas Jr., and his mother-in-law Teresa, who has the clever nickname "Abuelita." Also, I kid you not, the show puts subtitles on the screen when she speaks in English. IN ENGLISH. 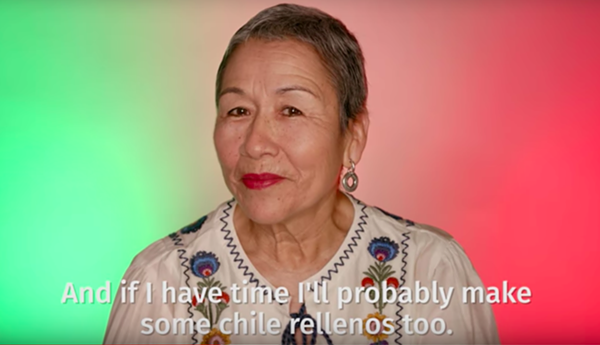 There's no mention of who filmed and produced the mini-series, which only has two 7-minute episodes so far. The episodes follow the very exhausting work of trying to plan a million-dollar party (theme: "ratch") for a super spoiled teenager. COOL!

And remember when TJH tricked San Antonio media into thinking he was holding a real press conference in front of the Bexar County Courthouse? But really he was just using the Sutherland Springs shooting as a news peg to promote his law firm?

They shoot to a clip of that very press conference in the show as an example of what TJH's work looks like — and how he's annoyingly too busy to help plan for a teenager's birthday party. Or, in the show's overlaid text, "Saying something important." WHICH IS FUNNY BECAUSE HE WASN'T SAYING ANYTHING IMPORTANT AT ALL.

Feel free to hate-watch this weird attempt to be the Kardashians of San Antonio here. ON YOUTUBE BECAUSE IT'S NOT REALLY ON TV.