The Houston Astros are Bringing Their Championship Trophy to San Antonio 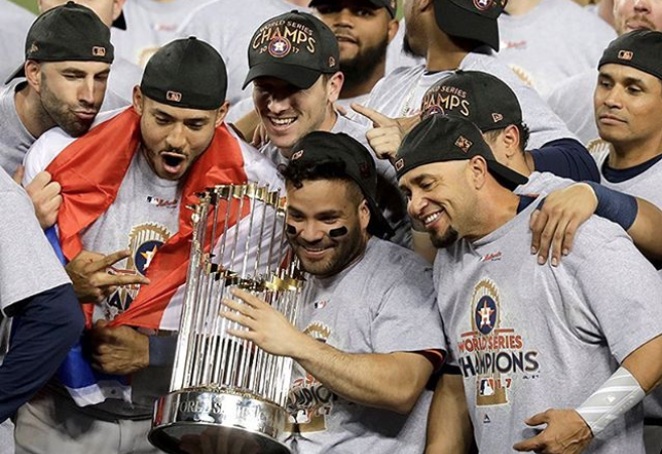 The Houston Astros are going on tour, and the World Series champions are bringing their trophy to San Antonio.

The team's Championship Trophy Tour kicked off Monday and will make stops in the Houston area all this week. The Astros will also be showing San Antonio some love and will display the prized trophy on Thursday, January 11 at the Academy Sports and Outdoors at 7523 NW Loop 410.

The tour will make more than 100 stops throughout Texas and surrounding states, but this is only planned one for San Antonio. Fans will be able to take photos will the trophy from 5-6pm, just don't touch.