Every year for half a century now, San Antonians of all racial, ethnic, cultural, religious and socio-economic backgrounds have come together, in consistently multiplying droves, to march in celebration of the legacy and hopeful vision of Dr. Martin Luther King Jr.

In a city that historically compromises, heals and ameliorates conflict well, it still surprises some to know that, every year on the third Monday in January (designated for MLK Jr. Day), our MLK March is one of the largest, if not the largest, in the nation.

In 2011, it was trying to fully comprehend the meaning and potential of our especially hearty MLK March that led Nigerian immigrant, activist and entrepreneur Shokare Nakpodia to launch DreamVoice LLC, an organization dedicated to realizing Dr. King’s vision of laying “the foundations of tolerance, equality and diversity by creating dialogue across cultures and communities.”

The small but dedicated DreamVoice team is not affiliated with San Antonio’s MLK Jr. Commission, which puts the march together every year, but has been inspired by what the march says about our city’s propensity for supporting civil, solution-seeking discourse between folks across the ideological spectrum, from all parts of town (perhaps even from all over the world).

First held in 2013, the DreamWeek summit looks to tap into this potential and into all the energy surrounding our celebration of Dr. King’s example. Over the years, the summit has exploded, gaining community, sponsor and city support with each new incarnation. This year’s sixth annual DreamWeek is the biggest one yet — featuring more than 200 events (from talks and film screenings to performances, art exhibits, and so much more) that span a little more than two weeks (beginning last Friday, January 5).

Nakpodia, who spoke with the Current just before DreamWeek 2018’s kickoff, was quick to stress that “this is a community event, put on by the efforts and accommodation of the whole community, from businesses and sponsors to those that offer their space, from volunteers and attendees to those that participate in events.”

“The City of San Antonio,” Nakpodia said, “should [also] be given a lot of credit, for how it has always fostered the march and how it has supported DreamWeek.”

Nakpodia, who didn’t want to politicize his message by talking too directly about our current political climate, speaks of DreamWeek’s value and vision in terms of true diversity and “being open to all viewpoints” even, and especially, when they diverge from one’s own. This is the legacy of Dr. King, the great peacemaker who, emboldened by his core Christian beliefs, called us to love our detractors and seek understanding with those we disagree with.

Despite San Antonio’s relative remoteness from the 1960s Civil Rights Movement as such, King’s legacy thrives here. Nakpodia wants us to see the march’s continued success in these terms: as proof that “dreams can bubble up in surprising places, in surprising ways” as they come to fruition.

Nakpodia urges us, even with all the work toward equality, peace and understanding that we have left to do, to see the 50th anniversary of our MLK March as a moment to also celebrate just “how much progress we have been able to make since Dr. King.”

As you gear up to celebrate DreamWeek and participate in the march (which steps off at 10am Mon, Jan. 15 from Martin Luther King Jr. Academy, 3501 MLK Drive, travels 2.75 miles and culminates at Pittman Sullivan Park, 1101 Iowa St.), visit dreamweek.org to peruse the extensive calendar of events. Below, and elsewhere in this issue, you can read a bit about just a few of the events that we’re most excited about.

Walk on the River: A Black History of the Alamo City
Get a sneak peek of a special documentary set to officially drop this summer. Created by the makers of Message to the People: A Story of Malcolm X and directed by Born Logic Allah, the film — featuring commentary from a slew of local African-American leaders, organizers and historians — traces the specific struggles, legacy and impactful contributions of San Antonio’s black community. Check out walkontheriver.com for a preview. Free, 7-9pm Wed, Jan. 10, Alamo Drafthouse Park North, 618 NW Loop 410, (210) 677-8500.

I Am Not Your Negro
In this acclaimed and important 2016 documentary, filmmaker Raoul Peck envisions what could have been if writer, activist and social commentator James Baldwin had finished the work he died working on: Remember This House. The unfinished book, like this film that seeks to resurrect its heart, was to be an in-depth, personal account of the assassinations of Medgar Evers, Malcolm X and Martin Luther King Jr. Free but reservations required at klrn.org/events, 4pm Sun, Jan. 14 (also airs on KLRN at 8pm Mon, Jan. 15), Alamo Drafthouse Park North, 618 NW Loop 410, (210) 677-8500. 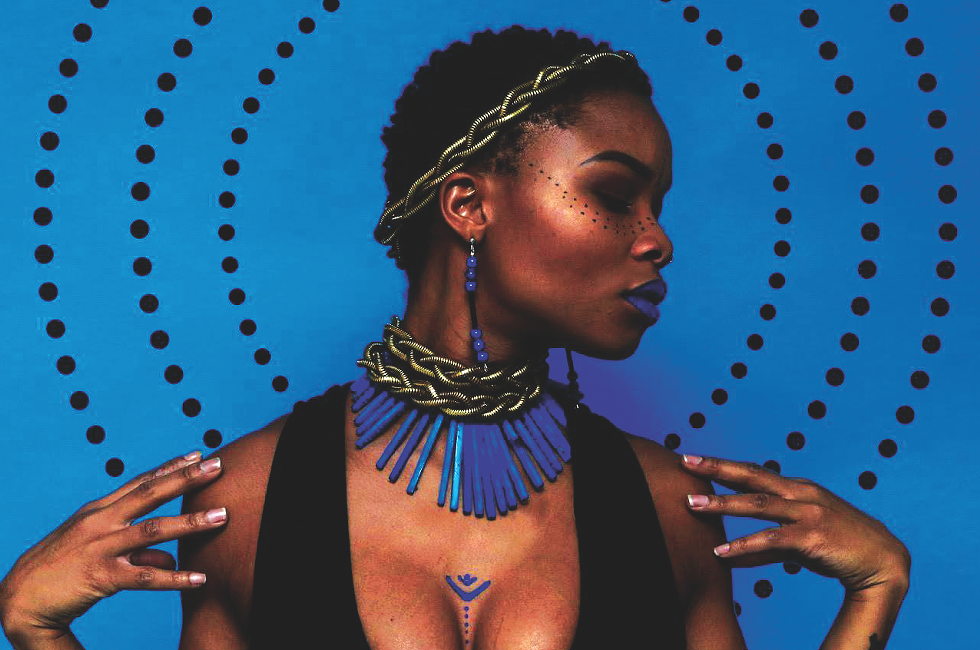 Olaju African Market Creative Arts Festival
Dedicated to highlighting the “multi-disciplinary arts coming from the African continent,” Olaju African Market Creative Arts Festival will take over Brick with a whirlwind of color and creativity. Attendees will be treated to a curated sampling of everything from contemporary art and fashion to music and food. Whether you come to buy or browse (or both), this exhibit stands out as an ideal DreamWeek event for those looking for a multifaceted cultural experience. $10, 8pm-midnight Sun, Jan. 14, Brick at Blue Star, 108 Blue Star, (210) 262-8653.

keepHer Dream Alive Panel Party
This panel discussion, hosted by keepHer, “a community focused on advocacy, volunteerism, networking and advancing the narrative of women of color in the city of San Antonio,” will focus on “building community, success, our past, and moving forward together.” The six panelists will be Rebel Mariposa, Andrea “Vocab” Sanderson, Sarah Cantu, Fatema Basrai, Hallease Narvaez and Mabel Diaz, representing a diverse array of community affiliations and backgrounds. Free, 5:30-7:30pm Wed, Jan. 10, Launch SA, 600 Soledad St., (210) 598-6623.

Borderland Collective Pedagogy Workshop
If you are an educator, a parent or a community leader (or would like to be any one of those things one day), this workshop is a must. Presented by Texas State University-based Borderland Collective — which counts Jason Reed, Ryan Sprott, Mark Menjivar and Erina Duganne among its lead collaborators — the interactive offering highlights work at the cutting edge of progressive educational practices in an effort to help foster “learning strategies that spark inquiry, civil discourse and social action on current, potentially polarizing topics such as immigration, capital punishment and energy policy.” Free, 1-4pm Sat, Jan. 13, Launch SA, 600 Soledad St., (210) 598-6623.

Cultural Conversations: From Community Trauma & Division to Hope & Action
If you find yourself worried that it may be hard for us as a society to ever find unity and understanding after so much division and heated ideological warfare, perhaps this dialogue is one for you to attend/participate in. As the title indicates, this will be an open discussion about what comes after (or what can prevent) the great culture war that we seem to all be bracing ourselves for. Free, 5:30-8pm Tue, Jan. 16, Oblate School of Theology, Whitley Center, 285 Oblate Drive, (210) 341-1366. Shut It Down Gospel Showcase
While not a focal point for some, Dr. King’s deep and active Christianity is what led him to some of his most important realizations and strategies. At this DreamWeek showcase, folks can listen to a variety of artists performing inspirational gospel music in celebration of the Christian roots that are inextricably a part of MLK’s vision. $10 (free for ages 18 and under), 6:30-9:30pm Sat, Jan. 13, Vertical Church, 4218 Thousand Oaks Drive, (210) 802-8272.