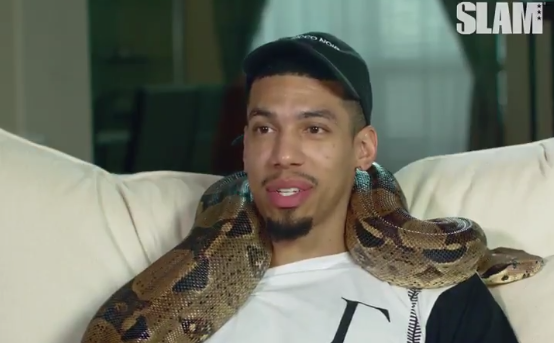 In the three-minute episode, Green talks about his two Colombian boa constrictors, Jade and Lightning, that he's had since his days at the University of North Carolina. Green also explains how easy it is to take care of the duo, the snakes' growth and how his dog Gizmo used to be afraid of the snakes.

When talking about how friends and teammates react to the snakes, Green said Manu Ginobili's kids have visited to see the snakes feed and are curious about the animals. Aww!

If you follow Green on Instagram, then you know how much he loves his snakes, particularly Jade.

Me n the lady of the house #jade