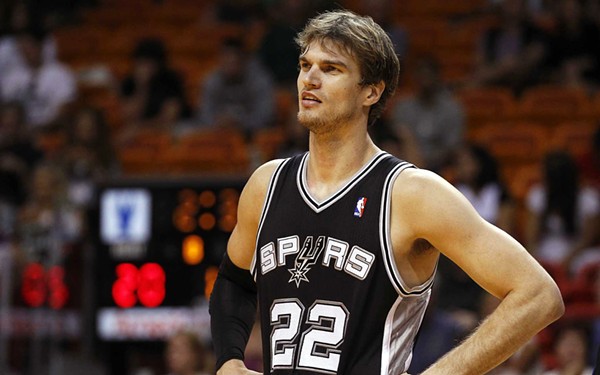 Tiago Splitter, who was part of the Spurs team that won the NBA championship in 2014, announced that he will retire after seven seasons in the league.

According to News4SanAntonio, Splitter said a hip injury was the cause, saying he hasn't fully healed.

"It's decision I've made these past few months," Splitter told SuperDeportes. "It's not something I want, but my hip injury is more troublesome than we thought."

The 33-year-old said it was "time to hang it up." Splitter was drafted by the Spurs in 2007 (though he didn't officially sign with the team until 2010) and played with the team for five seasons. He helped the Spurs win the championship in 2014 and became the first Brazilian-born NBA player to win a title.

Splitter was traded to the Atlanta Hawks in 2015, but was traded to the Philiadelphia 76ers last February. Although he moved on from the Alamo City, Splitter was seen at the Spurs training camp last year as an unsigned agent. Coach Gregg Popovich allegedly told Splitter that he would keep an open spot for Splitter on his roster.