Cities only turn 300 once, so the San Antonio Tricentennial Commission is going all out in every way it can (except for the New Year's Eve concert lineup, but that's okay). 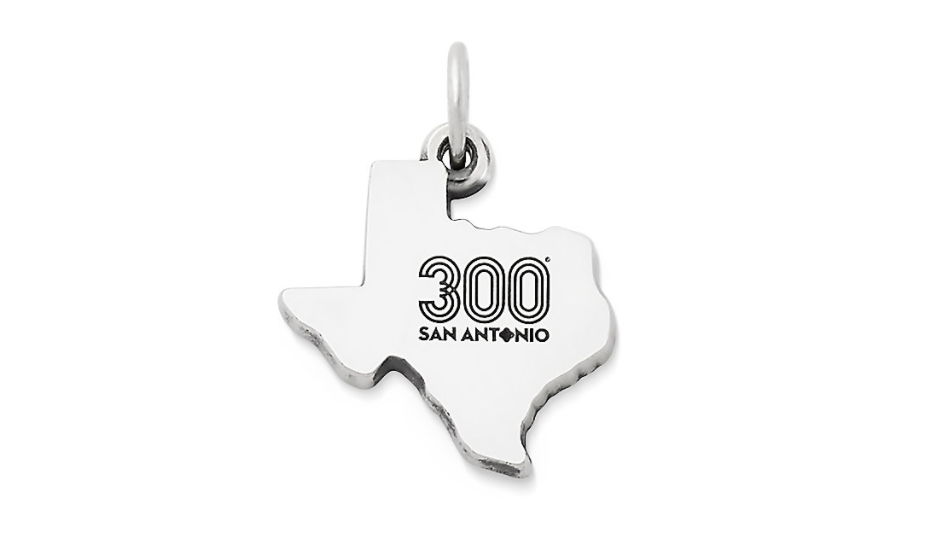 If you don't want to pay too much homage to Texas (gasp), a simpler oval charm with logo is also available.

James Avery is also selling an altered version of the San Antonio charm we announced a few months ago, which now has the tricentennial logo on the back.

If charms aren't your thing, you can opt for a sterling silver money clip with, of course, the tricentennial logo. And if you want to show your San Antonio/Texas pride without the logo, you have plenty of options.