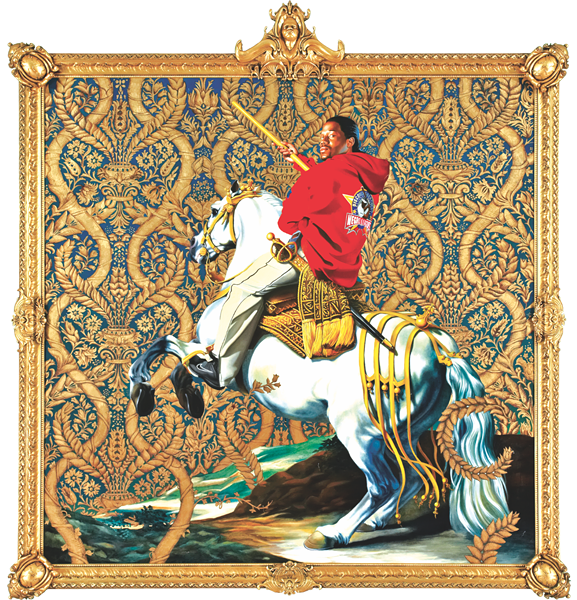 When former President Barack Obama hand-picked Kehinde Wiley to paint his official presidential portrait, it marked a watershed moment in the career of the 41-year-old artist. A rising star in the contemporary art world, Wiley is the first African-American artist represented in the National Portrait Gallery.

For most of the 20th century and the early 21st century, African-American artists were relegated to second-class status, with little representation in museums and public collections across the country. In recent years, however, efforts by artists, collectors and curators are making a difference as museums shift their focus away from mostly white, male artists to showcase artists from around the world, including women. 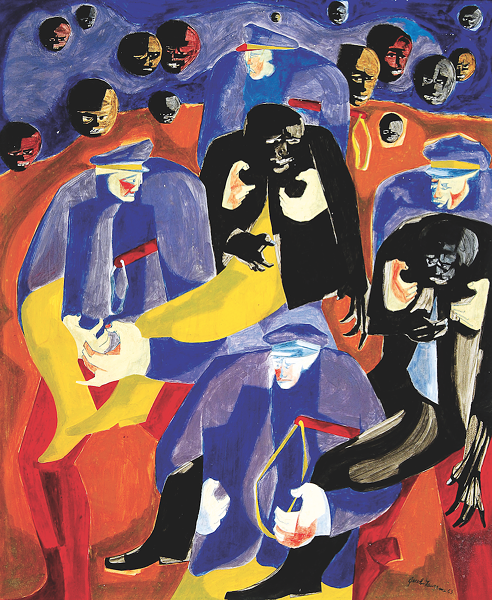 Two stunning new exhibitions at the McNay Art Museum bring together the work of African-American artists from the 1920s to the present. Gathered primarily from the groundbreaking collection of San Antonio residents Harriet and Harmon Kelley, “Something to Say” features more than 50 works by iconic 20th-century artists as well as younger emerging talents. Organized by René Paul Barilleaux, head of curatorial affairs at the McNay, “Something to Say” is the museum’s first survey of modern and contemporary African-American art.
Rounding out the exhibition are works from the local collections of Guillermo Nicolas and Jim Foster, John and Freda Facey, and the McNay. The exhibition illustrates the breadth of African-American art — from the dignified portraits of Charles White, Elizabeth Catlett, and Charles Alston (artists heavily influenced by Mexican muralists and printmakers) to the subversive work of Kara Walker, whose cut-out silhouettes detail the violent history of race and sexuality in America. Covering nearly a century, “Something to Say” is presented in five parts, with categories such as “Reflections,” “Interiors” and “Essentials” showcasing everything from pensive portraits to domestic scenes and abstract works.

Among the highlights are three of the museum’s latest acquisitions: The Cop by Benny Andrews; Ghost: Rhythms: III by McArthur Binion; and Kwabena by Rashaad Newsome. All collages, these three acquisitions highlight the McNay’s commitment to present a more inclusive vision of modern and contemporary art.

Fittingly, “Something to Say” is presented alongside “30 Americans: Rubell Family Collection,” a traveling exhibition from Miami that has been making its way across the country since 2009. The work in “30 Americans” includes provocative, politically charged work from the past three decades, including Glenn Ligon’s neon sign America and Nick Cave’s sculptural Soundsuit. While it has been exhibited in other major cities, including Washington D.C. and Detroit, the McNay’s presentation of “30 Americans” marks the first time the show has been seen within the context of a 100-year trajectory.

Together, the two exhibitions take up the whole of the McNay’s Tobin Exhibition Galleries and make the point that African-American art is American art. As you make your way through both exhibitions and reach the gallery’s back wall, a majestic, life-size painting by Wiley, Equestrian Portrait of the Count-Duke Olivares, depicting an African-American male on a galloping horse, dominates the room.

6000 N. New Braunfels Ave.
San Antonio, TX
(210) 824-5368
General Services
Map
Get our top picks for the best events in San Antonio every Thursday morning. Sign up for our Events Newsletter.