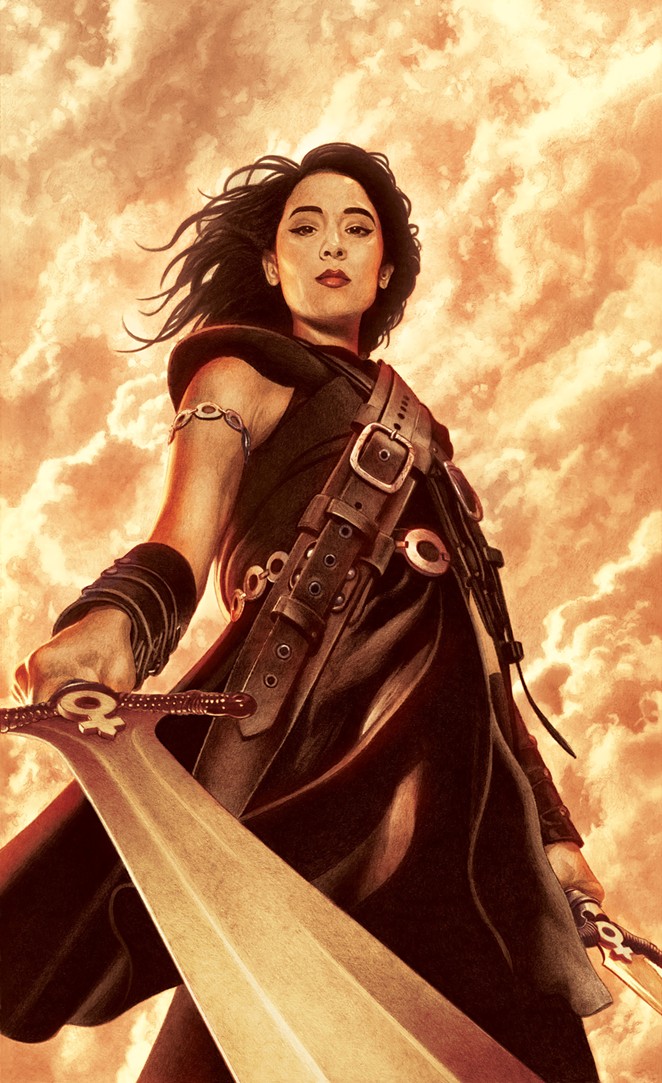 And he's using his influence to make that happen.

Picacio last year launched an initiative to pay for 50 Mexicanx writers, artists, filmmakers and fans to attend the 76th World Science Fiction Convention, taking place this August in San Jose, Calif. He's Artist Guest of Honor at the show and MCing the Hugo Awards, which are held in conjunction.

"We're in such a critical moment in American history that I felt like it was time for me to do something," said Picacio, who's worked with nearly every significant sf and fantasy publisher. "I was given a once-in-a-lifetime privilege, and I wanted to do something with that. ... Representation matters, and Mexicanx culture is seriously underrepresented in science fiction and fantasy."

So far, Picacio and backers of his Mexicanx Initiative have sponsored 38 of the $230 memberships. He's still taking applications for the remaining 12.

But anyone thinking this as a way to dress up like Chewbacca and have a snap taken with Darryl of the Walking Dead on Picacio's dime, should reconsider. Unlike San Diego Comic-Con and its ilk, WorldCon is primarily an event where genre creators rub shoulders with publishers, agents and other people who make shit happen. In other words, it's a place to advance careers — which is why Picacio views it as a stepping stone for the folks he sponsors.

While Guillermo del Toro's Shape of Water and Pixar's Coco, both winners at the most recent Academy Awards, have been long-overdue spotlights for Mexicanx fantasy creators, they don't erase decades of neglect. By way of example, Picacio is the first Mexicanx guest of honor (to his knowledge) in WorldCon's lengthy history.

Picacio initially planned to offer just two sponsorships, but within 10 minutes of announcing them on Twitter, high-profile SF author John Scalzi agreed to match his offer. Other creators — from literary agent Joanna Volpe to recently rebooted Amazing Stories magazine — followed and the number ballooned. Since then, supporters also helped set up a fund to defray recipients' travel and lodging expenses.