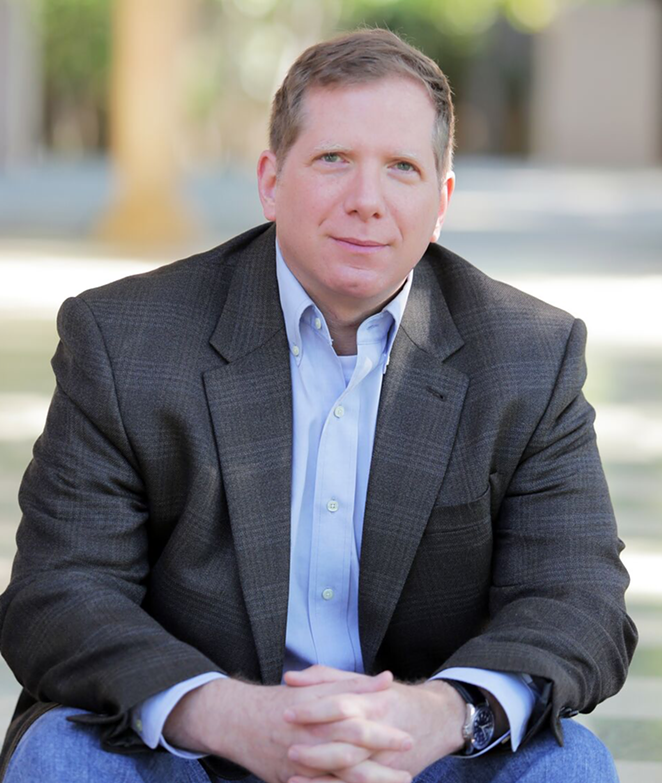 Before Black Panther was a $1.3 billion box office breakout, he was a mid-level Marvel Comics superhero — ranking somewhere between Spider Man and, say, Moon Knight. And a few years before he clawed his way onto the silver screen, David Liss — a San Antonio author best known for historical thrillers like The Whiskey Rebels — was his principal writer.

After being approached by a Marvel editor who’d fanboyed over his thrillers, Liss agreed to pen some titles for the comics company. That led to a two-year (2010-2012) run with Black Panther: The Man Without Fear, which transported T’Challa into the urban jungle of Hell’s Kitchen. His work on the character is now compiled in Black Panther: The Man Without Fear – The Complete Collection, released in December as a trade paperback.

Why does Black Panther resonate with so many people right now?
When I was working on the character, Marvel was struggling to figure out how to get him more exposure. Certainly, we couldn’t imagine that the moment would soon be upon us that he would be a household name. Of course, the film helps. But it’s also just a different cultural moment right now. In the post-Ferguson world, people want this character. There’s a cultural hunger. They’re ready for this character who represents a kind of black empowerment we haven’t seen before.

You took Black Panther out of Wakanda, the fictional African country where he’s king, and stripped him of his support system. Was that dictated by Marvel?
It had been established by other writers in a different story line that Black Panther reached a point where he decided to abdicate the throne. Marvel wanted to get more eyes on him by having him take over for Daredevil in Hell’s Kitchen. Matt Murdoch, the character of Daredevil, has his own crisis and he leaves, so T’Challa agrees to fill in. That’s what I was handed, and within that framework, I had the power to do what I wanted. One of the first decisions I got to make was whether to depower him: Does he get to keep his Black Panther powers? I decided to take everything — take his money, take his power. To me, the interesting thing was, here’s this guy who has all these abilities, all these resources and all this political power. If you strip all that away, what do you get? Narratively, I liked the idea of someone used to having a great deal of authority being brought to his lowest point and clawing his way back up.

How did that go over with the fans?
There are a few active comic book discussion boards and most writers stay away from them, but when I was writing Black Panther, I didn’t. I wanted to know what the fans thought and who the fans were. That’s when I discovered there was this group of really active and dedicated fans all over the world. They were from the Caribbean and Africa and all over the black diaspora. Initially, almost all of the hardcore fans were against it, because here was this figure of black empowerment who was suddenly depowered. But, later, a lot of those guys went on to speak very favorably about my run. I had all these conversations online where they said, “Marvel handed you a concept that was terrible, but we like what you did with it.” I always said, “Well, I really liked the concept, but thanks anyhow!”