San Antonio artist, writer and animator Robert Gonzales is best known for The Ernie Show, an animated family comedy following an array of colorful characters as they navigate distinctly San Antonio scenarios. Since selling the rights to The Ernie Show to Más Mejor (a Latino-focused web wing of Lorne Michaels’ media company Broadway Video Entertainment), Gonzales has been unable to work with any of the characters he spent more than five years developing. In response to this creative conundrum, he's creating stylistically similar spin-offs that introduce new settings and characters. While one of these projects stars a minotaur and a centaur who get stoned a lot and roam a Conan the Barbarian-era wasteland complete with lasers and babes in leather bikinis, the other features a middle-aged Mexican-American woman named Janie who works in a dysfunctional high school administration office. But before she clocks in for another thankless day at the office, Janie’s anxious to share some crafty tips to help you make the most of Fiesta. 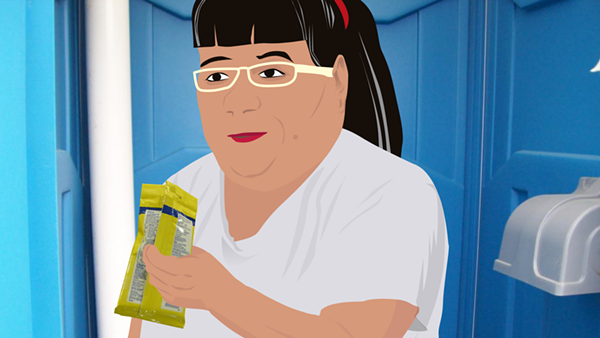 Pitched to us as a handful of “short, dumb and absurd” Fiesta tips animated in his signature style, the four-episode series Janie’s Guide to Fiesta strays from Gonzales' norm in that it’s not meant to be fully understood by anyone other than San Antonians. As he does with Ernie, Gonzales proves himself here as an offbeat humorist with a truly unique perspective and hilarious way with words. Over the course of Fiesta, we’ll be rolling out four Current-commissioned episodes that will help you (wink, wink) make the most of Fiesta: Money Saving Tips, Porta Potty Tips, Fiesta Arts and Crafts, and Hangover Tips. 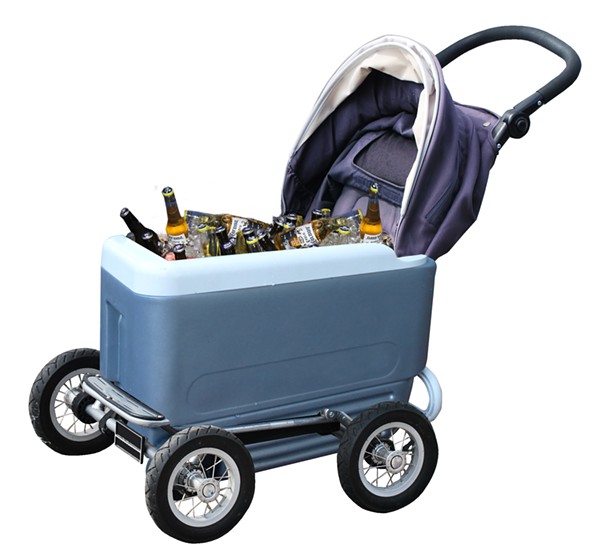 COMING SOON: A new web series on how to make the most out of Fiesta — the puro San Antonio way. Learn more: link in bio. 🎥: @mantecatron