A Look at the Latest in the Kawhi Leonard, Spurs Saga 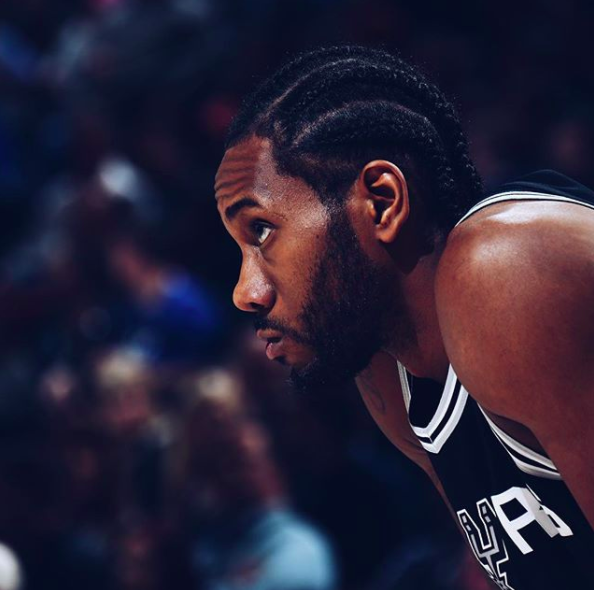 Though the San Antonio Spurs' season may be over, the drama between and star Kawhi Leonard is at an all-time high. Multiple reports have surfaced this week, from the more popular theory that Leonard will sign with the Lakers to his recent return to San Antonio – though there's no scheduled meeting with the Spurs – to rumors that the Spurs are eager to trade Leonard.

Lots of drama and chisme thus far, but let's take a closer look at what all these reports really say.

The rumor mill picked again on Tuesday when ESPN's Ramona Shelburne and Michael C. Wright posted a lengthy article detailing the drama and looking at what's to come in the offseason. Recap: the team's medical staff were calling the shots on Leonard's quadriceps tendinopathy, caused by Zaza Pachulia in the 2017 playoffs, but outside consultants were brought on in the fall when Leonard simply wasn't getting better.

Once Leonard got his own medical team, he improved. The Klaw returned to the court in December, but that was short-lived. By January, after only nine games, the Spurs announced that Leonard was out "indefinitely." Since then, he's spent most of his time at a rehab facility in New York.

Late Tuesday night, ESPN NBA reporter Chris Haynes tweeted, per league sources, that Leonard had returned to San Antonio. As of Tuesday, there were no plans for player and franchise to meet.

Not too long after ESPN started reporting on the Leonard-Spurs drama, the player's Uncle Dennis Robertson came out and said that all was well between the two camps. This put the rumors to rest for a few weeks, but they quickly picked back up again. Veteran NBA writer Peter Vecsey wrote that it's Robertson who is turning his nephew against the Spurs, saying Spurs medical staff was more concerned with the team's best interest, not his.

This isn't new. According to ESPN, Robertson, alongside Leonard's agent Mitch Frankel, are responsible for the decaying Leonard-Spurs relationship. A source close to RC Buford told ESPN that the team's general manager loses sleep over the damaged relationship.

Meanwhile, Vecsey said the Spurs franchise is "done" with Leonard and "determined" to trade him during the offseason. A source told Vecsey that Popovich reportedly didn't even want Leonard attending practices.

Understandably, both player and team haven't been the most vocal about the situation, allowing the media to run wild with theories. The rest of the team has also kept mum, just expressing support for Leonard as well as their confusion about the situation. Popovich has repeatedly said the two camps are working together to get Leonard back in uniform when he's ready (though he's admitted to being frustrated), but also told the press they'd have to ask Leonard about his return.

As for Leonard himself? Though part of his demeanor, his silence is far from reassuring.