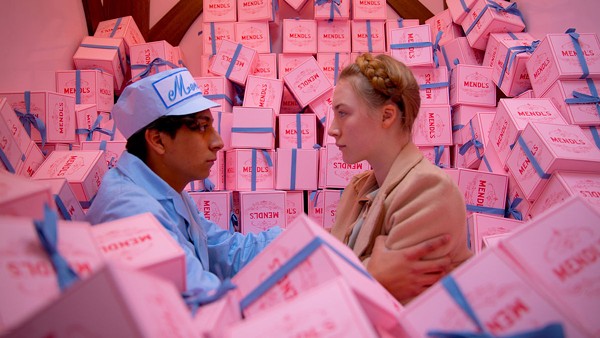 For the next installment of Wes Fest, the ongoing, movable movie feast dedicated to the work of Wes Anderson, fest organizers Slab Cinema will present 2014’s The Grand Budapest Hotel, the director’s eighth feature film, in the courtyard at the San Antonio Museum of Art.

The movie, as is Anderson’s modus operandi, is a quirky comedy centered on a caper, in a world, tangential to our own, of the director’s meticulous creation. As is also always the case with his movies, Grand Budapest is driven to success in part by the terrific performances of its estimable cast, which includes Ralph Fiennes, Saoirse Ronan, Tilda Swinton, Bill Murray, Edward Norton, Jeff Goldblum, Willem Dafoe and Harvey Keitel. Whether you’re already a Wes Anderson fan or not, who could resist a harrowing and clever tale of a man’s plot to clear his good name of a murder that he’s been framed for? We can hardly think of a better way to spend an evening than out on the SAMA lawn with this multi-Oscar winner.