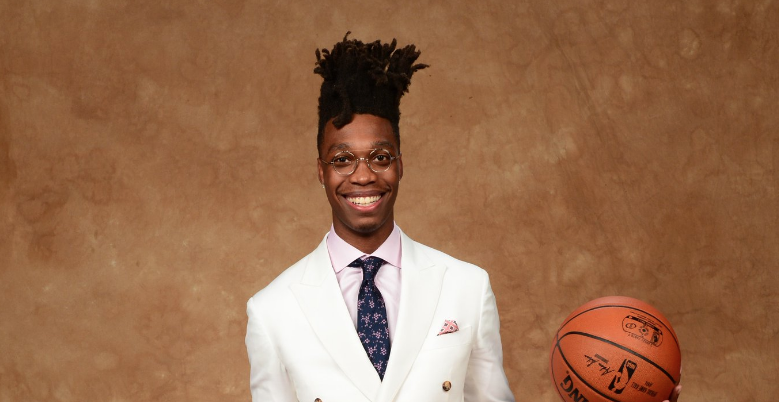 The Spurs' newest member, Lonnie Walker IV, is under fire for his less-than-patriotic tweet on July 4.

Rather than the standard "Happy 4th of July!" tweet, complete with the fireworks emoji, Walker went a very different route. In a now-deleted tweet, Walker said, "Will never celebrate 4th of July. Know your history!! and stay woke."

Naturally, social-media users and basketball experts alike had plenty of reactions, with many calling the tweet controversial.

Probably not the best take from the Spurs draft pick in the state that has the second largest group of active and reserve members of the military in the United States. https://t.co/20lgKDa7lx

An American millionaire at 19. He's one of our best/brightest and this is what social media has done to his worldview. We r filling our young people w/too much animosity and resentment. I don't blame Lonnie. I've been 19 and rebellious. Glad I wasn't influenced by social media. https://t.co/aX2dt9OWu4

San Antonio talk show host Joe Pagliarulo, who said he was speaking on behalf of all Spurs fans, especially had an opinion about Walker's tweet.

My friends and I - all Spurs fans, celebrated when you were drafted. We saw your highlights and watched every interview. What an impressive young man you appeared to be. Then this https://t.co/LTvrLDOFyX … We are now "woke" Lonnie. And extremely disappointed. @lonniewalker_4

Maybe @lonniewalker_4 should be woke to the fact that he's playing in Military City USA. Perhaps a chat with @DavidtheAdmiral is in order. #KidsToday #IndependenceDay

But not everyone was offended by Walker's views.

Sounds like you & Pop will have good anti-Trump discussions.

you rattling these folk and only been in the league a few weeks, love it pic.twitter.com/HRlIe3wvTY

please dont delete! stand up for what you think !! thank you Lonnie

Keep doing you @lonniewalker_4. You’re on the right side if you have ppl like Jason Whitlock criticizing you. Salute