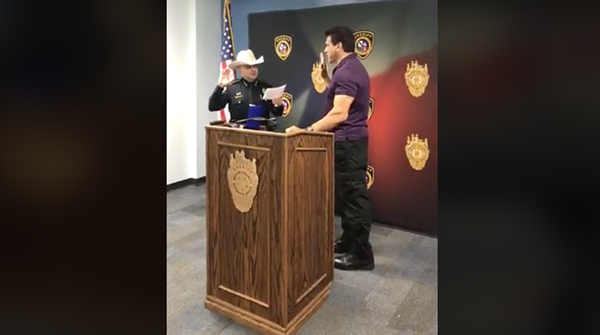 There isn't a new sheriff in town, but there is a new honorary deputy.

On Friday, Bexar County Sheriff Javier Salazar swore in Lou Ferrigno, who portrayed The Hulk in the late '70s and early '80s, as an honorary member of the department.

Ferrigno is in town for Alamo City Comic Con this weekend. Ferrigno, 66, has received an honorary deputy status at other sheriff's departments elsewhere in Texas as well as in California.

As part of the swearing-in, Salazar presented Ferrigno with a special badge and gift. Afterward, those in attendance were able to ask questions.
Now, if y'all see The Hulk running around these parts, know well enough not to make him angry.