One Month In, San Antonio Spurs Continue to Get Stronger, Quieting Doubters 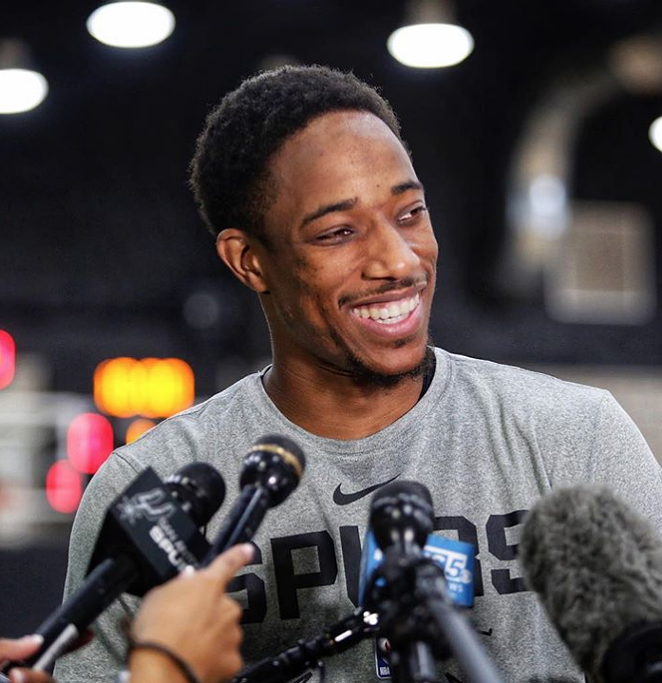 The San Antonio Spurs closed out October on Wednesday night in Phoenix with their most commanding win of the season, eclipsing the Suns in a lopsided 120-90 victory. With Devin Booker, the most dynamic young Latino in the league, sidelined by a hamstring injury, the Suns were sorely lacking in firepower. DeMar DeRozan and LaMarcus Aldridge led the way for the Spurs, combining for 49 points to capture their second consecutive win on the road.

One month into the season, San Antonio’s record stands at 5-2, good for fourth place in the crowded Western Conference. Through seven games, the Spurs’ offense has been flowing while their defense has steadily, albeit slowly, improved. While there’s plenty of basketball to be played, the future looks bright according to San Antonio’s new closer.

“It’s great,”  said prior to the trip to Phoenix. “It’s still a ton of stuff we're still putting together on both ends. As soon as that gets to clicking, we starting to do a lot of things consistently, we definitely have a great chance to be a good team.”

Saturday night’s showdown with Anthony Davis and the New Orleans Pelicans could help set the tone for the Spurs as they build towards tougher challenges in November. With Derrick White and Lonnie Walker IV still on the mend, Bryn Forbes has filled in admirably at the point as San Antonio continues to come together.

“Every day is getting better,” added DeRozan. “Our communication with one another is great. We encourage each other extremely. When one guy doesn’t know something the next guy will help. I’ve always been grateful to be on great locker room teams. This is another locker room team that’s definitely great, and that always translates over to successful seasons.”