He May Not Retire with the Spurs, But Fan Favorite Tony Parker Plans to Live in San Antonio After NBA Career 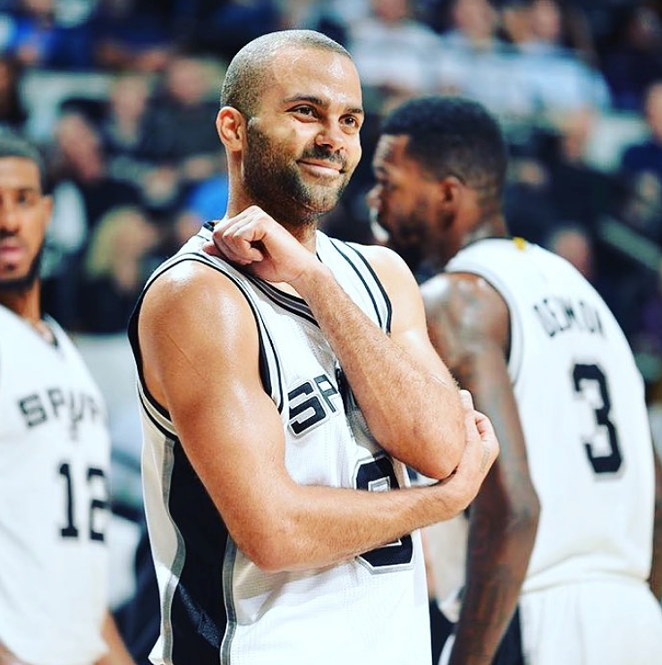 Tony Parker may play for the Charlotte Hornets now, but the longtime Spur still thinks of San Antonio as home.

In a survey of black international players in the NBA, The Undefeated writer Marc J. Spears sat down with Parker, who revealed a bit about his relationship with basketball. He grew up watching Michael Jordan and was a Chicago Bulls fan, but the Alamo City has won over the Frenchman. When Spears asked where he will ultimately settle down once he retires from the NBA, Parker had no doubt.


I will stay in San Antonio. I’ve been there 17 years. All my friends are there now. I like everything. The people, the air, the culture, everything, all the memories. I have a [routine] there now. Schools for the kids, movie theaters, different restaurants. It’s just home.

While most of the players were vague about their exact retirement location (either in the U.S. or not), Parker was sure that he would return to San Antonio. His connection to the city is obviously due to the Spurs, a team that welcomed him with open arms when he was drafted at the age of 19. (Context: he's 36 now.)


Everybody was very friendly. The whole city embraced me. They all treated me like family and like I was their little son because I was so young at 19 years old. Malik Rose, Bruce Bowen, Terry Porter, David Robinson, Steve Kerr, I had great vets that took care of me. It was not hard to relate at my age. I always lived my life beyond my years.

There was nothing hard to adapt to, to be honest. If there was one thing, it was Coach Pop [Gregg Popovich], the way he was coaching. I was trying to please him and play my game. Find a happy middle. He was a really tough coach.

Although he may not return to the Spurs roster to finish out his NBA career, it may console some Parker fans to know that he'll be back in the Alamo City eventually.