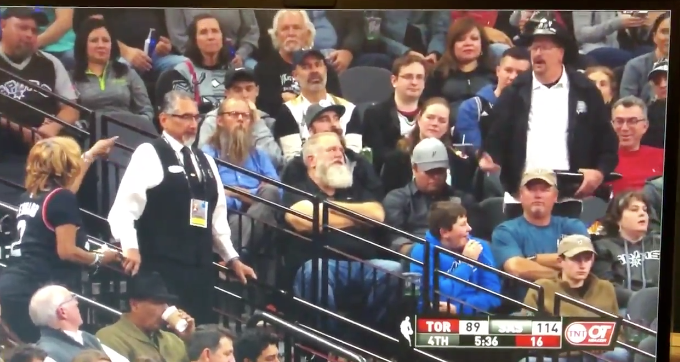 Emotions ran high with Kawhi Leonard's return to the AT&T Center on Thursday night. How much so is apparent in video of Leonard's mother arguing with a local fan who wasn't being so nice to the former Spur.

Though pretty much everyone in the AT&T Center erupted in boos every time Leonard so much as touched the ball, his mother couldn't hold back from leaping to her son's defense. Fan-captured video shows her at the game yelling "asshole" and "shut up" to a man in a nearby section.

Here's another angle of that confrontation, plus a look at an usher standing awkwardly between Leonard's mother and the man she was yelling at.

Leonard spoke to reporters ahead of the game and revealed his mom still lives in San Antonio.