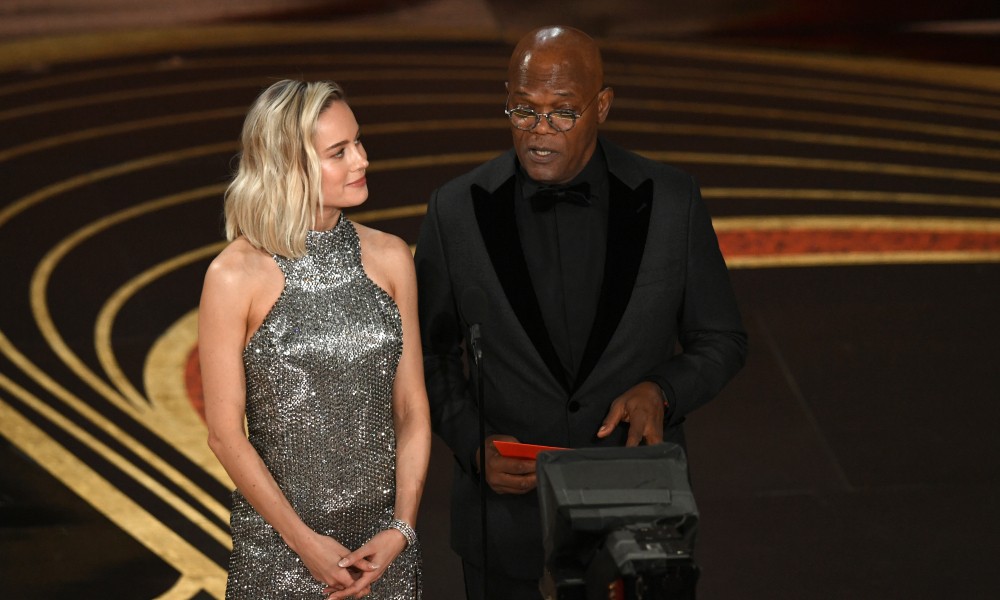 If it wasn’t bad enough that the San Antonio Spurs lost last night to the lowly New York Knicks, the NBA team with the second worst record in the league, news of their defeat spread across Hollywood when Oscar-nominated actor Samuel L. Jackson (Pulp Fiction) shared the news on stage at the Academy Awards ceremony.

After walking onto the stage with Oscar-winning actress Brie Larson (Room) to present the award for Best Adapted Screenplay, Jackson decided to go off script and let writer/director and Knicks superfan Spike Lee, who was nominated for Best Adapted Screenplay for his BlacKkKlansman script, know that his beloved hometown team finally won a game at Madison Square Garden.

“Spike, so glad you’re sitting down,” Jackson said as the camera cut to Lee who looked nervous about the award. “After 18 consecutive home losses, the Knicks won tonight … defeating San Antonio 130-118.”
That’s right. The Knicks hadn’t won on their home court since December 1, 2018. They picked up the rare win when six of their players scored in double figures, including a 27-point performance by guard Damyean Dotson. The Spurs’ leading scorer was DeMar DeRozen with 32 points.

The Spurs currently sit as the 7th seed in the Western Conference with a 33-28 record. None of their other 27 losses, however, were broadcast to tens of millions of TV viewers. Stats are still out as to how many people watched the Academy Awards last night (last year’s 26.5 million was the fewest viewers ever), so maybe Jackson was just trying to help viewership by tapping into the professional basketball audience with his real-time announcement.

A couple of minutes later, Lee went on to win the Oscar for Best Adapted Screenplay, his first competitive Oscar of his career. When Lee joined Jackson on stage to receive the award, he jumped into Jackson’s arms and wrapped his legs around him. We’re pretty sure it was in celebration of both his Oscar win and the Knicks’ win, too.