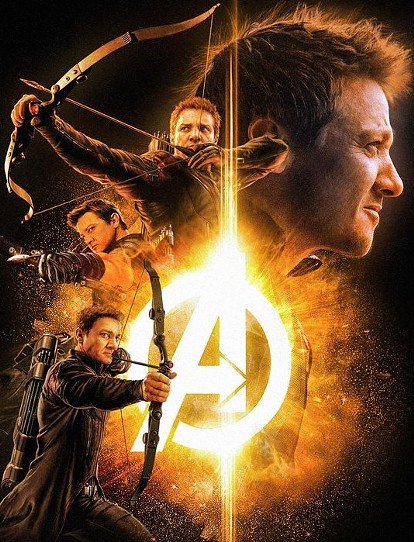 Actor Jeremy Renner, most known for his role as Hawkeye in the Marvel Cinematic Universe films, will be headed to San Antonio this summer for Celebrity Fan Fest 2019.

Jeremy Renner is a two-time Academy award nominee, first for his lead role in
The Hurt Locker, and the second time for best supporting actor in The Town. An ambassador of WildAid, an environmental organization focused on wildlife conservation, Renner has also appeared in The Bourne Legacy, Mission Impossible: Ghost Protocol and Dahmer.

Fans of superhero films will be delighted to hear that in addition to Renner, Tye Sheridan (Cyclops), Alexandra Shipp (Storm), Jason Momoa (Aquaman), and Ray Fisher (Cyborg) are also scheduled to appear at the convention.

Celebrity Fan Fest will be at the Freeman Expo Hall from Friday, June 14 to Sunday, June 16. Renner will only be at the fest that Friday.

More information can be found at their website. Tickets can be purchased here.

3201 E Houston St
Downtown
San Antonio, TX
All Ages Club, Community Center and Town Square
Map
Get our top picks for the best events in San Antonio every Thursday morning. Sign up for our Events Newsletter.