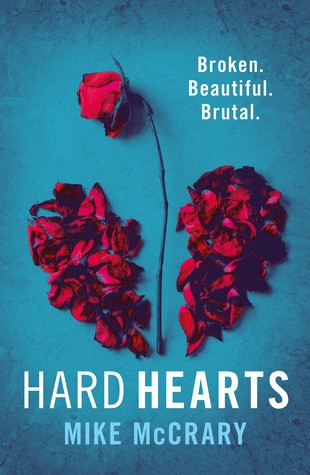 All good characters have secrets. It’s what makes them intriguing and worth reading about. Nothing in this world is more boring than a flawless protagonist without anything to hide.

Novice authors often throw all their cards on the table early in their books, spoiling the sense of mystery almost immediately. Luckily, in Austin resident Mike McCrary’s latest novel, we’re blessed with the talent of someone who actually knows what he’s doing.

We begin with our main character, Becky Rant, bound to a chair in the middle of an empty room. She’s been beaten to hell and back. Escape doesn’t seem likely. A strange robotic voice barks demands at her from an intercom. It’s the kind of beginning that begs for a binge read.

“Tell me a story,” the intercom stranger orders, and Becky Rant doesn’t have much choice but to oblige. What follows is a fast-paced rehashing of the events that led Becky Rant to be in her current predicament. It’s not an inventive storytelling gimmick by any means, but not once does McCrary ever make the device feel derivative.

It’s also refreshing to read a female lead who isn’t plagued by tropes. Becky Rant truly is her own person in Hard Hearts, and by the end of the book you’ll be dying to stay in her life forever. She’s a bad-ass, tough-as-nails broken human being. Her past is always just out of arm’s reach, and eventually it’s going to catch up to her. The things she’s done in her life aren’t the kind of actions your typical Hollywood heroine makes.

Unlikable characters are my bread and butter, but they’re not easy to get right. They need to be unlikable on paper but end up changing your mind the more you invest in their story. That’s exactly what happens here. As we ride shotgun on Becky Rant’s nonlinear blast to the past, we’ll witness a person who’s done more than we can ever imagine. She’s a violent, drunken mess who prefers a hammer over a gun. Screw with her and prepare to kiss your life goodbye. Hell, don’t even look at her funny, buster.

Hard Hearts is proof that memories are tangible — painful. Reach out, and you’ll be surprised at what you feel.