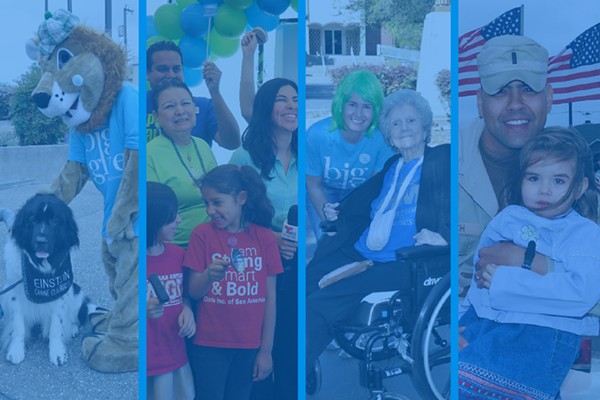 One doesn’t have to look far to find inspiring, thought-provoking quotes about giving. Iconic industrialist and philanthropist John D. Rockefeller encouraged people to “Think of giving not as a duty but as a privilege.” Legendary Indian activist Mahatma Gandhi found that “The best way to find yourself is to lose yourself in the service of others.” Nobel Prize-winning physicist Albert Einstein suggested that “It is every man’s obligation to put back into the world at least the equivalent of what he takes out of it.” And, perhaps most poignantly, Jewish diarist and Holocaust victim Anne Frank believed that “No one has ever become poor by giving.”

While these pearls of wisdom obviously stretch beyond the monetary, your wallet is the easiest route to making a difference in the Big Give, a 24-hour online fundraiser that’s generated more than $20 million for San Antonio nonprofits since its inception in 2013. An offshoot of the nationwide initiative Give Local America, the Big Give essentially acts as temporary umbrella over hundreds of area organizations, helping them raise money for operating costs, fostering year-round relationships between donors and nonprofits and inspiring friendly competition in the form of cash prizes and donation matches sponsored by charitable businesses and individuals.

In addition to simplifying the concept of giving via an easily navigated website, the supersized charity drive shines a light on nearly every imaginable corner of the Alamo City’s nonprofit spectrum — from Gemini Ink and Blue Star Contemporary to the Animal Defense League and Haven for Hope. While the donation amount starts at $10, there’s also a handy option to cover nominal processing fees to ensure your organization of choice receives 100 percent of your gift.