Bravo's San Antonio-Glam Reality Show Will Debut in May, and We've Got the Goods 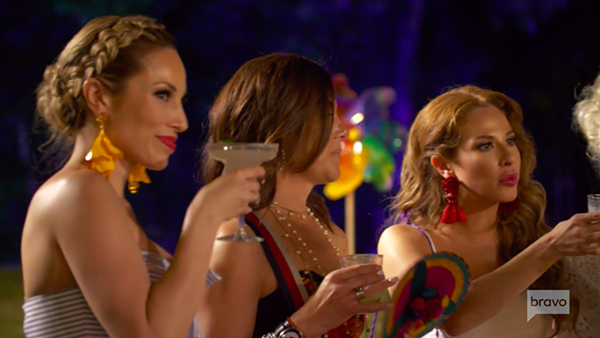 Remember when we told you San Antonio was getting its own Bravo reality TV series, replete with catty comebacks, withering side-eye and maybe even a little hair pulling?

Looks the network has finally unveiled the name of the show — Texicanas — and the date of its debut — Tuesday, May 7, at 9 p.m.

A post uploaded today to Bravo's Daily Dish blog also gives the rundown on the six Alamo City women the show will follow as they "navigate love, family, and, of course, drama, all while maintaining their connection to Mexican culture and traditions."

Apparently, the crew runs the gamut from perfectionist people-pleaser Mayra to free-spirited single mom Anayancy. And, no doubt, the tension between 'em will be thicker than the oak pollen now filling San Antonio's air.

For those unwilling to wait until May to get a taste of SA-style puro glam, Bravo even included a two-minute clip, replete with pole dancing, Margarita quaffing and one of the ladies misidentifying Bill Clinton as "that [president] that cheated ... George Washington."
For those worried Texicanas won't include enough Bravo-style bitchiness, just hang on until the 1:30 mark, at which point we're treated to a montage of jealous accusations, lots of finger wagging and at least one "Chinga tu madre!"