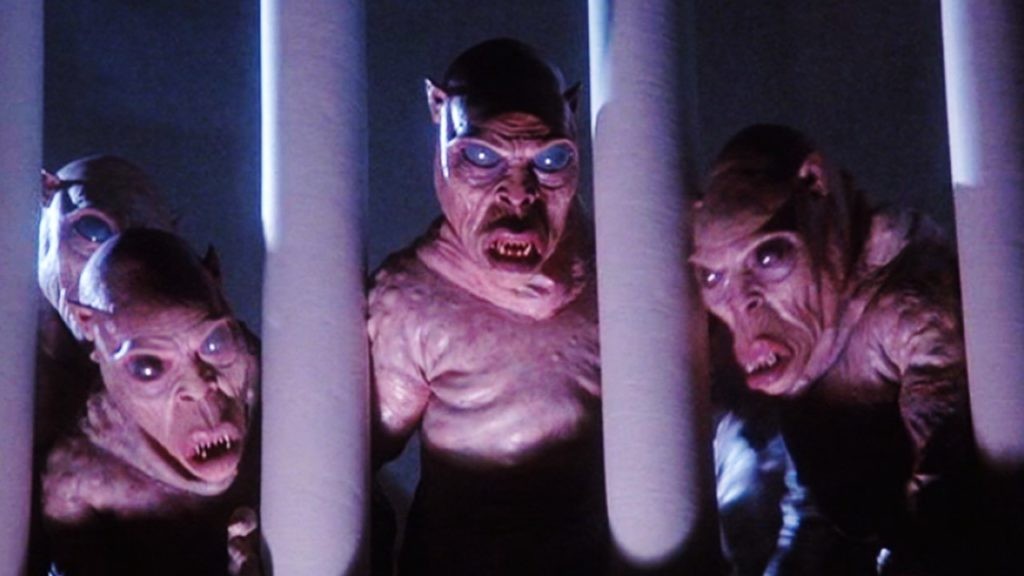 Ah, the ’80s: a decade filled with perms, tacky earrings and American WASPs’ favorite obsession, the Satanic Panic. Set in a quiet suburb, The Gate imagines the nightmare of pearl-clutching parents — unbeknownst to their guardians, the neighborhood children open a yawning portal to hell, with none other than that so-called metal music!

In his first film role, Stephen Dorff (Blade, True Detective) must find a way to banish a host of accidentally conjured demons before they can destroy everything he has ever known. Fans of practical effects will enjoy the smorgasbord of techniques employed in the film, including a sequence featuring tiny demons filmed in forced perspective and a roving eyeball embedded in a hand looking way more realistic than it has any right to, courtesy of visual effects designer Randall William Cook, who had a hand in everything from The Thing and Ghostbusters to The Lord of the Rings trilogy.