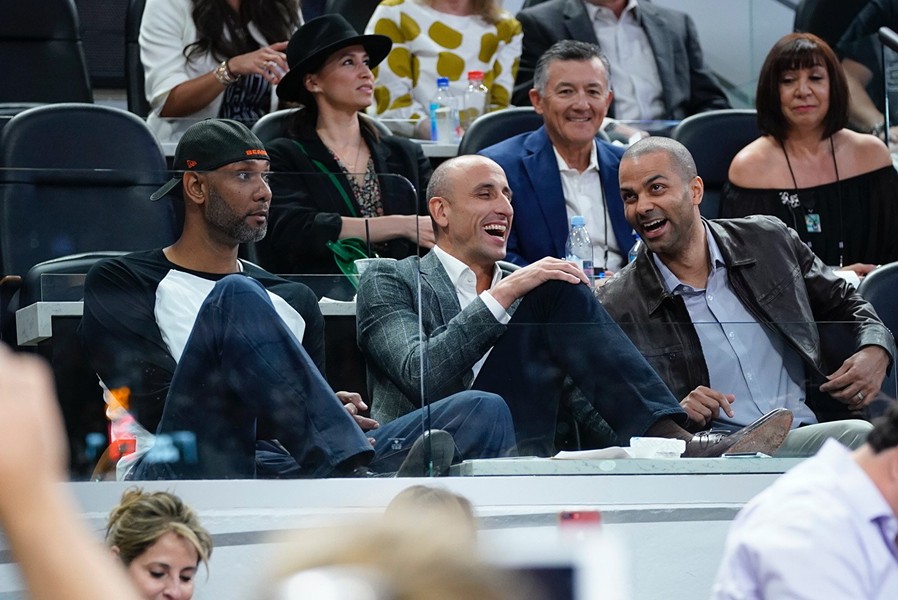 “It’s obviously a special day, a heartfelt day for a lot of people in the San Antonio community and far, far beyond,” Patty Mills said at shootaround. “And tonight we get to acknowledge and say thank you to all the sacrifice and years of hard work and sweat and tears that he’s not only put into the San Antonio Spurs, but obviously far beyond. He’s left a legacy that goes beyond what happens on the court. But it’s been his passion, his energy, his competitiveness for the game that has really affected teammates, coaches, and fans across the world. I’m very honored to be in a situation of being his teammate and being a close friend of his for so many years, so tonight will be very special and heartfelt, and I’m sure a lot of emotion and probably not a dry eye in the building.”

Prior to the festivities, the team had earned its hard-fought 116-110 victory over the Cavs, with DeMar DeRozan leading all scorers with 25 points and 8 assists. As San Antonio’s iconic Big Three of Tim Duncan, Tony Parker and Ginobili watched from the stands, it was Mills who fittingly hit a corner three to essentially close out the game. Mills, along with Marco Belinelli, are the only players that remain from the team’s title-winning foreign legion.

“That was the best thing about our team, and he was the head honcho of that,” Mills said. “We had so many people from all around the world, and he was the one that really focused on getting to know everyone so that we could get along as a team and grow as a team in the locker room, so that we could trust each other on the court. He figured out that we can’t go anywhere on the court unless we know about each other off-court, so for him to really hone in on that was huge, and that’s something that we obviously still do today.”

After the game, Spurs luminaries took turns honoring the most beloved player in franchise history to the delight of a captivated AT&T Center crowd. Parker joked about drawing Argentina’s ire for not passing Ginobili the ball. Duncan playfully recalled Ginobili’s selflessness and the joy he brought to the game.

Modest to the end, Ginobili reflected on his unlikely journey from Argentina to the NBA.

“This is not supposed to happen to me,” he said, beaming. “I had no expectations whatsoever growing up to be even close to being here.”

The highlight of the evening came when Gibobili eloquently thanked his family and friends in his native tongue. As Ginobili’s iconic number 20 was unveiled in the rafters it was the words of Coach Gregg Popovich that perhaps rang truest.

“I became a better coach because I learned to zip it now and then, because you’d watch him play and all of a sudden he would make a steal to win a game,” Popovich said. “Or get an offensive rebound or shoot a three that was totally contested — the worst shot in the world — and it would go in because he’s a winner.”

“The way the team was set up we all needed each other and without Manu there were no championships,” he added.