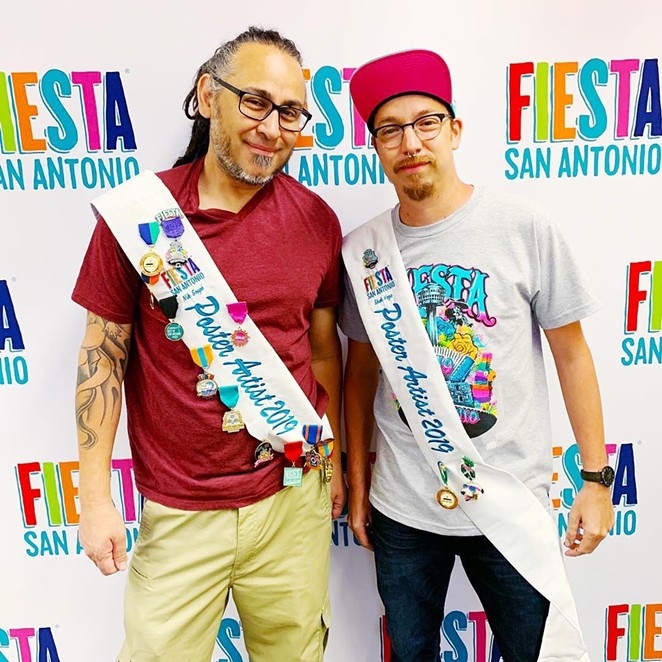 Street artists David “Shek” Vega and Nik Soupé have left vivid marks across the Alamo City, in Austin and beyond.

The longtime collaborators began working together as muralists under the moniker Los Otros in 2014. Distinguished by a fusion of graphic patterns (Shek) and realistic portraiture (Soupé), their aerosol work has activated a variety of previously anonymous facades and also caught the attention of big-name clients like H-E-B, Spurs Sports and Entertainment and Google Fiber. 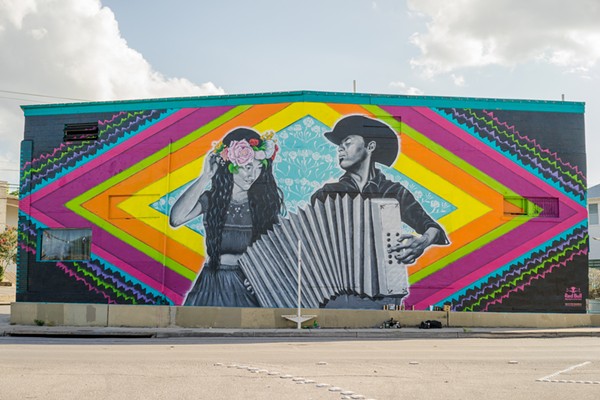 In 2017, the duo got tapped by Red Bull to create a trio of Fiesta-themed murals in San Antonio — two on the St. Mary’s Strip and one on an exterior wall of the Fiesta Store on Broadway — that took visual cues from community-sourced photos submitted via social media.

As we reported this week, creative ties between Los Otros and Fiesta ramped

up even higher when the muralists were commissioned to create the official Fiesta poster for 2019. Titled Traditions, their street-smart, almost entirely aerosol design serves up an abundance of local flavor in the form of a towering Fiesta hat atop a stylish young woman wearing shades.

Los Otros Signing Event
Free, 11am-1pm Sat, Apr. 13, the Fiesta Store, 2611 Broadway, (210) 227-5191, fiestasanantonio.org.
Get our top picks for the best events in San Antonio every Thursday morning. Sign up for our Events Newsletter.