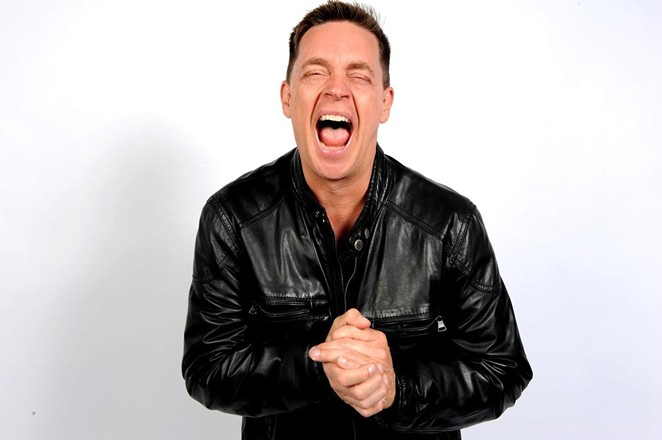 Known to most for his three-year stint on Saturday Night Live and starring role in Half Baked, Jim Breuer will always be dogged by fans eager to recapitulate his work from the ’90s.

While he admits to still getting bleated at periodically (a callback to his SNL character Goat Boy, who has irrevocably linked him to an animal that, ironically, he dislikes immensely), Breuer has pivoted his comedy career into more family-friendly subject matter, eschewing onstage F-bombs and telling stories centered on his marriage and experience as a father while maintaining his trademark goofy energy.

But, just because he’s all about family now, don’t think that Breuer has lost his edge. He recently did a stint as the opener for Metallica’s WorldWired tour, hearkening back to his metalhead roots to kick up energy in hostile crowds that wanted nothing more than for him to get off the stage.