Kawhi Leonard Sues Nike Over Use of His Logo 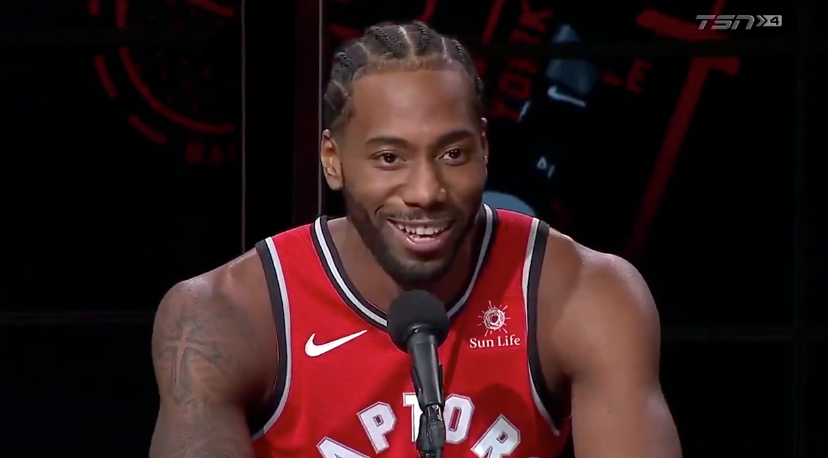 Kawhi Leonard has filed a federal lawsuit against Nike over the use of his "KL" hand logo that became popular during his time with the San Antonio Spurs.

Leonard, now star of the Toronto Raptors, signed an endorsement deal with New Balance after his Jordan endorsement, a Nike subsidiary, fell through.

In the lawsuit, obtained by KSAT-12, it claims Leonard designed and authored the logo before signing with Nike. The suit also claims that he then allowed Nike to use the logo on branded apparel and footwear after inking a deal in October of 2011.

Nike then copyrighted the logo without Leonard's consent in May 2017, which led to the two officially ending their endorsement relationship in September of 2018.

Leonard states in the lawsuit that he plans to use his logo in the future for apparel and footwear. Before Game 2 of the NBA Finals, he wore a jacket with the logo on it. The logo also remains on his rarely-used, yet verified Twitter account.