June 14, 2019 at 9:57 AM
comment
In April, Kiddie Park announced its plans to relocate to the San Antonio Zoo, and San Antonio residents are pulling out their photo albums and making last-minute pilgrimages to the beloved landmark before it closes July 4.

Moises Cruz is a structural engineer designing the foundations of the rides at the park's new location. He said he and his friends spent their childhood summers at the park instead of roaming the streets, being happy with watching other people on the rides if they couldn't pay.

"Not only did I grow up a few blocks from Kiddie, me and my friend spent endless hours back in the '80s playing video games in their video game room and rode the rollercoaster that was once located at the rear left corner," Cruz said. "Kiddie Park is a haven of fun."

As the oldest children's amusement park in the country, Kiddie Park has been a sunny backdrop in the memories of San Antonians since it opened in 1925.

Ismael Perales said he fondly remembers working at the park during the summer as a teenager.

Perales said he and his brothers worked as rollercoaster operators while his sister sold hot dogs at the snack bar. "They had the best hotdogs," Perales said. "The best!"

Perales said he isn't sure whether the new park will feel the same as the old one, which that paid him $5 per day for his summer job. "It's all about that immediate area, you know?" Perales said. "Brackenridge Park is right there and a lot of people who came to Kiddie Park would come on that little train." 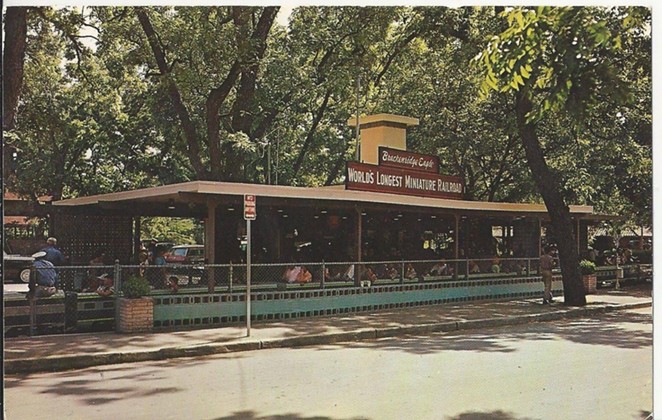 Birthday parties have long been a staple event at Kiddie Park. Because of its history, the park has been the hot spot for these milestones spanning multiple generations.

"I was in Iraq in 2009 to 2010, and my wife had my daughter's first birthday there while I was overseas," Cruz said. "I got tons of pictures of her in her pretty dress roaming around just like I did when I was a kid."

Laura Nelson also spent her birthdays at Kiddie Park as a child and braved the rollercoasters that seemed much more exhilarating when she was young.

"The airplanes, boats and train weren’t just rides to get on," Nelson said. "They were adventures and dreams for the future."

July 4 is the last day the park will be open for those wanting to bask in nostalgia or make some new memories at the legendary location.