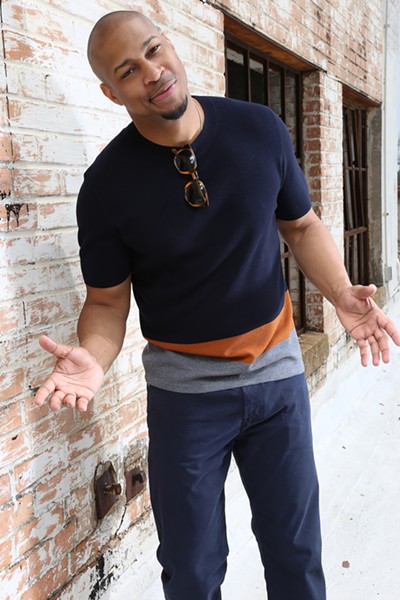 Finesse Mitchell is a hardworking stand-up comedian, actor, podcaster and author who first garnered national attention as a guest on a few late night shows and then as a Saturday Night Live cast member (remember “Starkisha”?) from 2003 to 2006. He has since done tons of stand-up shows, a few movies, television and more, and in 2018, his first hour-long stand-up show, The Spirit Told Me to Tell You, aired on Showtime.

With a stand-up game that’s endlessly adaptable and palatable — whether performing for national audiences on Shaq’s All-Star Comedy Jam tour or members of the armed forces with Felipe Esparza or Ron White — Mitchell has a knack for winning crowds with his incisive and clever topical humor, his well-honed bits about relationships and domestic life and his political jokes.

San Antonians will have several opportunities to catch Mitchell in action as he stops in town for a three-day stint.