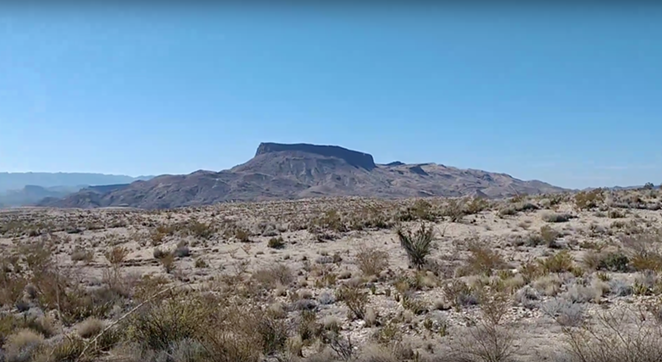 The Wild West of internet forums, good ol' reddit is rumored to be populated by neckbeards and the wellspring from which many viral memes flow. Periodically, the site is responsible for skyrocketing people into superstardom (or, more commonly, adorable animals like the recently deceased Tardar Sauce aka Grumpy Cat), though whether or not it lasts is up to them.

The latest denizen of the internet to go massively viral is crass YouTube botanist Joey Santore (also known by the monikers "Joe Blowe" and "Tony Santoro" online, the latter of which is apparently the name of a stuntman from House of 1000 Corpses), whose channel Crime Pays But Botany Doesn't is mostly populated by videos with only a few hundred views.

But, at least for a couple of videos, that's no longer the case. In the past week, two posts

popped off on r/videos — one of Santore scolding a Northern Pacific Rattlesnake off of the road and another of him scouting out large peyote plants in Mexico 20 miles south of the Texas border.  The view count of each video has since grown to over 130,000 and almost 450,000, respectively.

On YouTube, he describes his channel as "a low-brow, crass approach to plant ecology as muttered by a misanthropic Chicago Italian," and, true to form, it's full of informative, swear-filled rants, including a bunch of videos he made in South Texas.

For instance, Santore got the full "grackle party" treatment in McAllen, reacting much in the same way as most non-Texans do when confronted with the Hitchcockian-level "unrepentant mobs" that these urban birds form on the regular. He interrupts his cynical commentary about the "suburban wasteland of American retail" with cries of "holy shit!" and "I support you!" directed at the swarming murmuration.


A seasoned animal rescuer, he and a friend also relocated a male seven-legged Texas brown tarantula (whom he named "Donna") from the road:


He wended his way through Big Bend in late 2017, checking out the "edaphic torture dungeon of the Boquillas Formation," in which he makes the important observation that the euphorbia antisyphilitica "doesn't cure syphilis but it sure looks nice" before going on a rant about Texas allowing rich people to rent out a state park to shoot birds. Santore also did some fossil hunting in Big Bend as well as visiting the Buda Formation (which he prounounces "Boodah").


This year, he came back for more punishment in our great state, this time exploring the Catahoula Formation before heading over to a portion of the Rio Grande to talk plants and squeeze in a quip about Trump's "stupid fuckin' wall."


Between all of the plant content Santore has posted on his podcast, Youtube Channel, and Instagram accounts,  it's only a matter of whether he can manage to keep the notoriously fleeting attention of people online.