Biggest Celebration Ever to Commemorate Pride in San Antonio 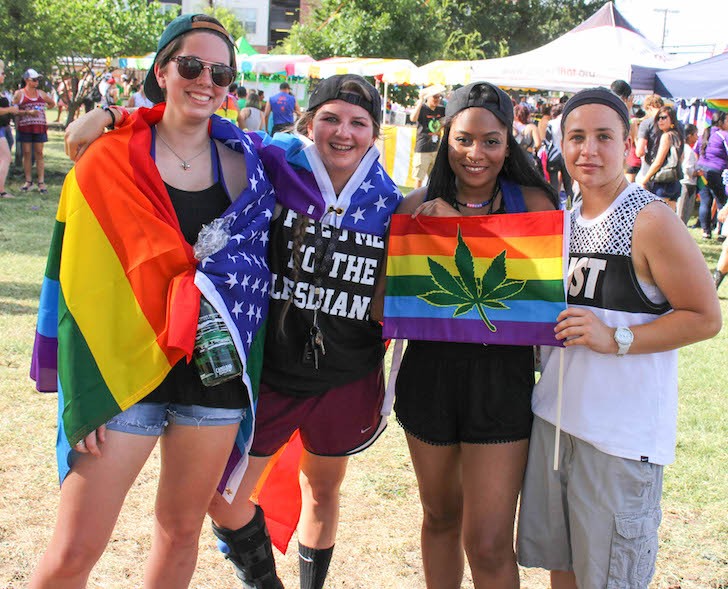 Organizers and volunteers are making the final preparations for one of the biggest Pride celebrations in San Antonio’s history, one which will include a Pride Royalty Pageant, a Grand Marshal Meet and Greet, a festival which this year will occupy both halves of Crockett Park and the Pride Bigger Than Texas parade, which will end with a fireworks show.

June 28 – Grand Marshal Meet and Greet
The community is invited to come out and meet the Pride Parade Grand Marshals on June 28 at 6:30 p.m. at the Bonham Exchange. Sashes will be presented to to Autumn Summers and posthumously to Gene Elder.

In a press release, Pride San Antonio said of this year’s Grand Marshals,


“We chose the Grand Marshals based on the fact that this is the 50th Anniversary of Stonewall which represents the community taking back their dignity and claiming space and the two individuals we selected have a strong history of that type of activism. Autumn Summers has raised millions of dollars for local and statewide organizations over the past 30 years of service to the community. She is one of the founders of Pride San Antonio as Gay Pride SA. She is the Entertainment Director for Pride Bigger Than Texas. Gene Elder recently passed away during Fiesta and was the LGBT archivist for San Antonio through his work with the Happy Foundation founded by the late Hap Veltman.”

June 29 – A Day of Pride
The Pride Bigger Than Texas Festival and Parade are slated for Saturday, June 29 along the Main Avenue Strip. This year, all Pride events are being sponsored by Bud Light and Metropolitan Methodist Hospital.

The parade and festival are part of a year-round roster of events which Pride SA organizes. These include a softball tournament, a bowling tournament, a Halloween 5k run, a film festival and an annual shuttle service to Night in Old San Antonio.

Festival For All
The festival will be held on both sides of Crockett Park. Door open doors at 11 a.m. and close at 7 p.m. The entrance gate will be in the middle of Main Avenue facing north at Main and Laurel. Admission to the festival grounds is $10.

As usual, there will be food booths, a variety of merchandise vendors, a health fair, a children’s recreational area including inflatables and a playground.

There will be two entertainment stages. Following is the schedule for each.

Those looking for more athletic entertainment can catch a few rounds of Pride Championship Wrestling at 3 p.m.

At 4 p.m., festival-goers will witness local couples tying the knot at the Peace, Love, and Pride mass wedding to be officiated by Judge Ron Rangel. Those wishing to get married on the day of the festival must have secured their marriage licenses beforehand.

Marching with Pride
This year’s Pride parade will be one of the biggest yet with over 171 entries registered to participate. The parade steps off at 9 p.m. at 1812 N. Main Ave and continues south to Lexington Avenue where it ends.

Wrapping It Up With a Bang
After the parade, there will be a fireworks display. Those looking to continue the party after the parade are invited to the Pride on the Strip Block Party hosted by Heat Nightclub, Knockout Sports Bar, Luther’s Cafe and Sparky’s Pub.