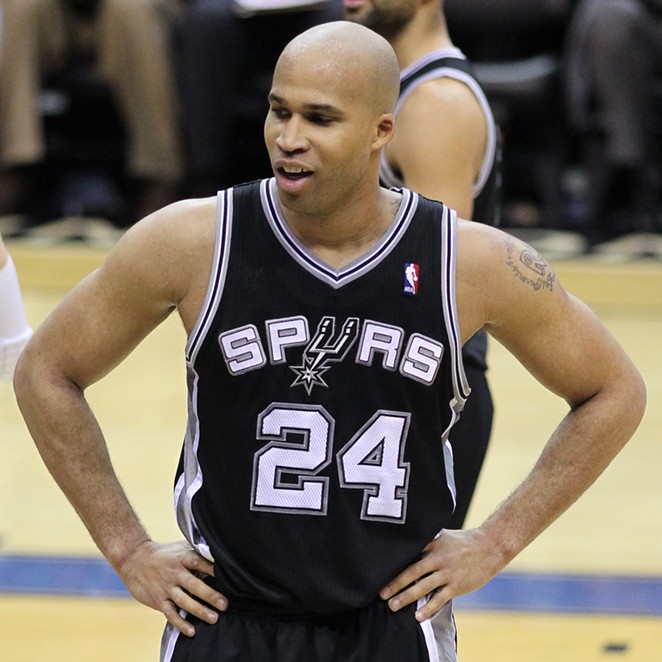 Former Spur Richard Jefferson has a history of not having the nicest things to say about his with the team. Now, during a recent interview, he made it a point to talk smack about the Alamo City itself.

Jefferson, who spent three seasons with the Spurs, called San Antonio a "dump" in his June interview with Men's Health. In a "Disgustingly Healthy" truth-or-dare style interview, Jefferson was asked, via question card, about the worst cities he played in during his 17-season career. He had a lot of options, given that he's played for eight of the 30 NBA teams, including the New Jersey Nets, Milwaukee Bucks, Golden State Warriors, Utah Jazz, Dallas Mavericks, Cleveland Cavaliers and Denver Nuggets.

"San Antonio is a dump," Jefferson said outright. "San Antonio fans just hate me, no matter how many nice things I say about them."

He said it's gotten to the point where he can only say "screw off."
Jefferson was traded to the Spurs in 2009. He wasn't playing at his best during his time here, which became a source of friction with the team. He was eventually traded to the Warriors for the 2012-2013 season.

During the Men's Health interview, Jefferson also had the opportunity to comment on Tim Duncan. When asked which teammates he would want to play with again — given the choice of Jason Kidd, LeBron James, Gordon Hayward and Duncan — he ranked Duncan last and had a list of reasons why.

He ends his answer with, "Seriously Tim, call me back."

Or maybe Jefferson should just take the hint.