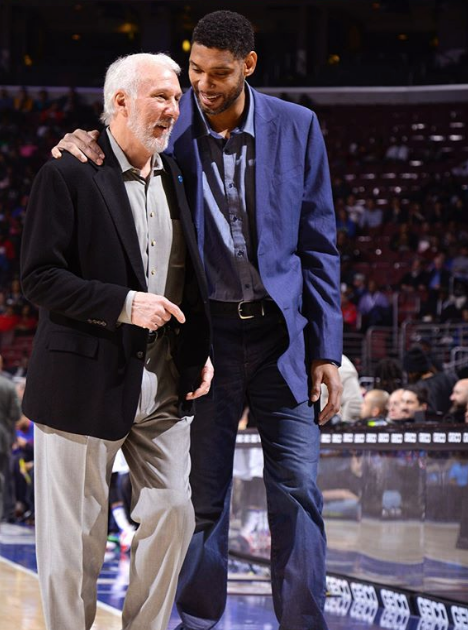 After a summer of leadership changes, the Spurs will gain a familiar face.

Tim Duncan, who played 19 glorious seasons with San Antonio, will continue his legacy with the team as assistant coach, according to NBA.com.

"It is only fitting that after I served loyally for 19 years as Tim Duncan's assistant, that he returns the favor," head coach Gregg Popovich said.

As a player, Duncan celebrated 1,001 wins under Popovich's coaching.

The new position will have Duncan coaching former teammates such as Patty Mills and LaMarcus Aldridge, but his expertise will also help form young players such as Jakob Poetl, Trey Lyles and Luka Samanic, all of whom are notably tall like him.

The move may also build fan excitement. Popovich has a history helping transform assistants — as well as former players — into head coaches, as was the case with Mike Budenholzer and Brett Brown.

Along with Duncan, Will Hardy was named as assistant coach in the Monday announcement. He first joined the team as a basketball operations intern in 2010 after graduating from Williams College.

"Will Hardy is a talented, young basketball mind who has earned a great deal of respect from everyone in the organization thanks to his knowledge, spirit and personality," Popovich said.