A Recap of the San Antonio Spurs' Changes This Offseason

August 06, 2019 at 3:31 PM
comment
With the summer coming to an end, the change of season means we are that much closer to the start of the NBA season in October. This is a good time to recap all of the offseason moves the San Antonio Spurs have made, as well as look at what's to come of this year's squad. 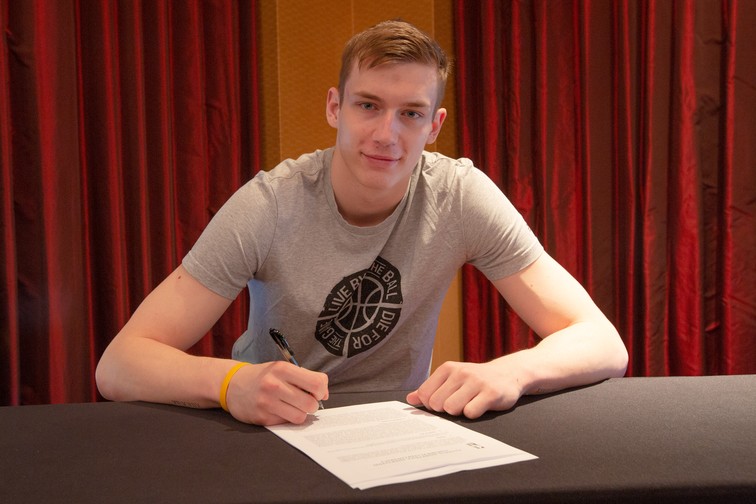 On July 1, the Spurs announced that they had signed forward Luka Samanic.
Samanic was the 19th overall pick in the first round of the 2019 NBA draft. He gained the opportunity to play with the Spurs in the Summer League last month in Salt Lake City and Las Vegas.

According to Summer League stats, he averaged 10 points, 5.5 rebounds, and 2.5 assists in Salt Lake City and 10.3 points, six rebounds and 2.7 assists in Las Vegas.

The Zagreb, Croatia native has been a part of the Croatian national program since the age of 15 and was named MVP at the 2017 FIBA U18 European Championship after leading Croatia to gold.

It's unknown exactly what type of impact Samanic will have in the upcoming season, but the future looks bright for the young forward. And given the Spurs' track record of developing international players, he couldn't have found a better fit.

Samanic will wear No. 19 for the Spurs.

On July 1, the Spurs announced that they had signed guard/forward Keldon Johnson.

Johnson was the 29th overall selection in the first round of the 2019 NBA Draft. He gained the opportunity to play with the Spurs in the Summer League last month in Salt Lake City and Las Vegas.

Recognized as the SEC Freshman of the Year last year in his lone season at the University of Kentucky, Johnson was also named to the All-SEC Second Team and SEC All-Freshman Team.

Johnson will wear No. 3 for the Spurs.

On July 6, the Spurs announced that they had acquired forward DeMarre Carroll from the Brooklyn Nets.

In the three-team deal, San Antonio sent forward Davis Bertans to Washington and the draft rights to Nemanja Dangubic to Brooklyn, while the Wizards sent the draft rights to Aaron White to the Nets. Carroll was signed to a three-year deal with the Spurs.

Before joining Brooklyn, Carroll spent two years each with the Toronto Raptors (2015-17) and Atlanta Hawks (2013-15). He has also played for the Houston Rockets, Denver Nuggets and Utah Jazz after being drafted in the first round of the 2009 NBA Draft by the Memphis Grizzlies, where he spent his first two seasons.

Carroll will wear No. 77 for the Spurs.
Marcus Morris – Thanks, but no thanks!

This time around, there was not as much drama surrounding the Spurs compared to last offseason and the whole Kawhi situation. However, the drama still found its way in with Marcus Morris.

They were in talks with the power forward, who previously played for the Boston Celtics. The Spurs offered him a two-year, $20 million contract. After verbally saying he was interested in the Spurs' offer, Morris abruptly backtracked to join the New York Knicks after they offered him a one-year, $15 million contract.

Forward Marcus Morris tells @TheAthleticNBA @Stadium on reopening his free agency and signing with the Knicks on a one-year, $15M deal: “I had to make this decision based on the best situation for me and my family. This is no knock on the Spurs. I have respect for them.”

With respect for his family in mind, what he did not respect was the oral commitment he made to San Antonio. In order to have the salary-cap space available, the Spurs made some big changes. They traded Davis Bertans to the Washington Wizards and reportedly reworked the original contract with DeMarre Carroll.

On July 8, the Spurs announced that they had re-signed forward Rudy Gay.

On July 12, the Spurs announced that they had signed forward Trey Lyles. He appeared in 64 games for the Denver Nuggets last season, averaging 8.5 points, 3.8 rebounds, and 1.4 assists in 17.5 minutes.

The former University of Kentucky Wildcat was a first-round pick in the 2015 NBA Draft (12th overall) by the Utah Jazz. Lyles spent his first two seasons with the Jazz before being sent to Denver on draft night in 2017.

While with Utah, Lyles was selected to the 2016 and 2017 BBVA Rising Stars Challenge during All-Star Weekend.

Lyles will wear No. 41 for the Spurs. 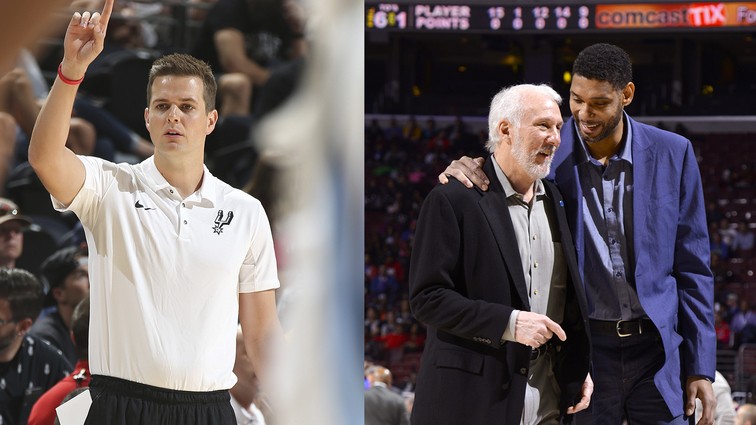 On July 22, the Spurs announced that Will Hardy and Tim Duncan would be added to Gregg Popovich’s bench as assistant coaches.

Hardy first joined the Spurs as a basketball operations intern in 2010 after graduating from Williams College.
Duncan, a 1997 Wake Forest graduate, played 19 seasons with the Spurs before retiring in the summer of 2016.

For more on these and other front-office changes, check out this previous San Antonio Current report.

As you can see, this offseason for the Spurs was a busy one across all aspects of the organization. Now, the attention will turn to the preseason in October where all of these changes will be put to the test. Will the Spurs gel and have time to work out the kinks in the new roster before the regular season? We'll have to wait and see.