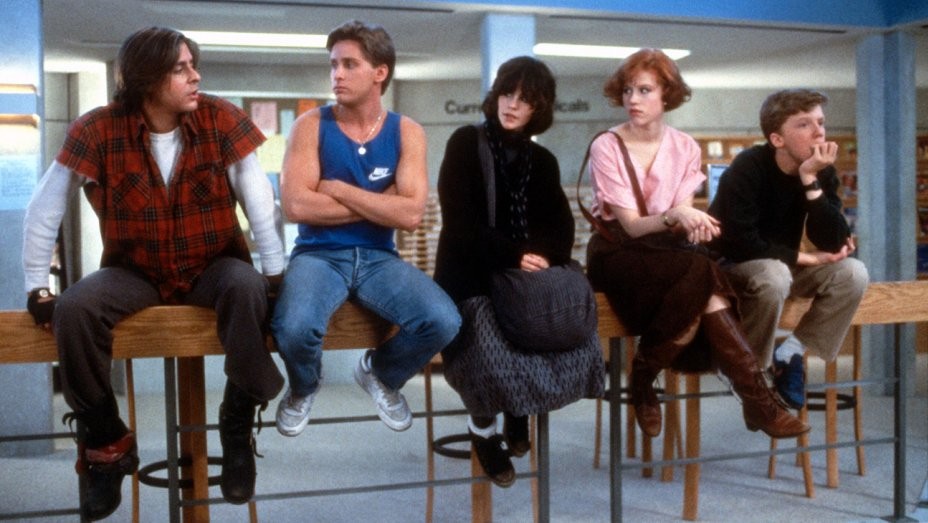 Whether you're down in the dumps or super stoked that the new school year is starting up, at the end of this week you can get yourself into the back-to-school mood with two double feature movie nights featuring a slate of '80s classics.

On Thursday, Video Dungeon Theatre kicks things off with cult classic comedies My Bodyguard and The Breakfast Club. In My Bodyguard, small, nerdy Clifford (Chris Makepeace) must find a way to survive the menace of the school's halls: slick-haired bully Moody (Matt Dillon). His solution? Get himself a bodyguard played by a downright baby-faced Adam Baldwin, well before he garnered cult fandom as Firefly's Jayne (and lost it with homophobic Twitter screeds).

Not much can be said about John Hughes' The Breakfast Club that hasn't already been oft-repeated, although salient points have been made about Hughes' oeuvre in the #MeToo era, even by Molly Ringwald herself. While it certainly has its issues, the movie is still beloved by many people nostalgic for a time when high school cliques and social rules were supposedly easily understood, and "Bender" wasn't irrevocably associated with a robot yelling "Bite my shiny metal ass!"

Free, 9 p.m. Thursday, August 15, Oak Hills Tavern, 7920 Fredericksburg Rd., (210) 614-8855, facebook.com/thevideodungeon
Looking for something a little more bloody? Revoltingxreviews has you covered. The pop-up horror flick movie series is back on Friday with two high school slashers to sate your appetite for schoolyard mayhem.

For anybody who loves to see the popular kids face their comeuppance, Slaughter High gives viewers a Revenge of the Nerds of a different sort. After "dork" Marty is horrifically injured by the latest in a series of nasty pranks, it seems like his life is over. But, five years later, his now-graduated bullies will find out that it's their lives that are forfeit. His clownish headgear may not be as iconic as Michael Meyers' or Jason's, but his kills are just as clever and gory – that's what happens when you piss off the science nerd, after all.

While not as downright bananas as its supernatural sequel, Hello Mary Lou: Prom Night II, Prom Night's classic revenge setup and leading scream queen Jamie Lee Curtis make it a must-see for all slasher fans. Several years after a childhood tragedy, four teens find themselves in dire straits, as they're stalked by a mysterious killer haunting their school's grounds. Per the title, everything comes to a head on prom night, turning the biggest night of senior year into a fight for their lives.