Dennis Rodman Talks About Dynamic with David Robinson, Being Glad He Never Won a Championship in San Antonio 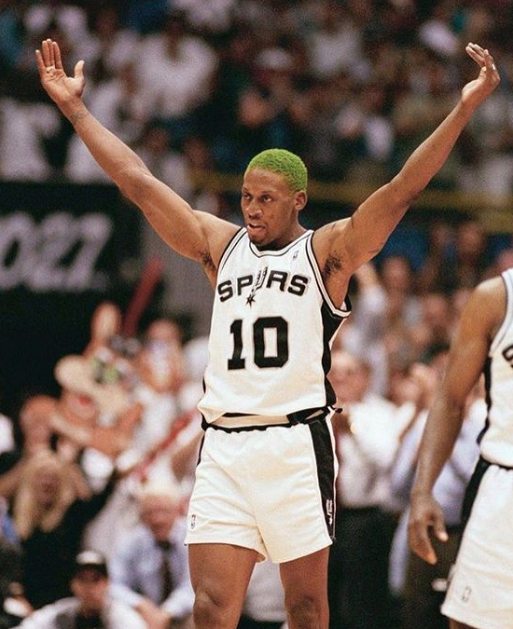 Former San Antonio Spur Dennis Rodman isn't too hurt about not winning an NBA title during his brief stint with the team. In fact, he called it a blessing.

In a recent interview with USA Today, the headline-making character said he was "overjoyed" he never won a title here. Rodman played for the Spurs from 1993 to 1995, when there were high hopes he and David Robinson could bring big wins and maybe even a championship to the Alamo City.

Only that first championship win didn't happen until a few years later — once Tim Duncan stepped in and Rodman was long gone.

Though we all know Robinson and Duncan, the fabled Twin Towers, hit it off, Rodman and the Admiral did not.

"We got along, we didn’t get along. We somewhat played together well but didn’t communicate very well," Rodman told USA Today. "He didn’t know what to think of me. But as long as we were winning, and successful, we thought it would blow over. But it never did blow over."

For Rodman, winning a title in San Antonio meant he would have likely stayed, despite his history of butting heads with the franchise on and off the court. If that had been the case, he wouldn't have been traded to the Chicago Bulls and been part of that team's 1996, 1997 and 1998 NBA titles.

"I'm thinking to myself, 'Thank God we didn't win a championship in San Antonio,'" Rodman told the national newspaper. "... it's a blessing in disguise."

He may be right. A mid-'90s championship win likely would have prevented the Spurs from getting the No. 1 draft pick in 1997. And if that's what it came down to, most San Antonio fans would choose Duncan over Rodman any day.