After Recovering from a Knee Injury, the Spurs' Dejounte Murray Is Ready to Return and Disrupt the Opposition This Season 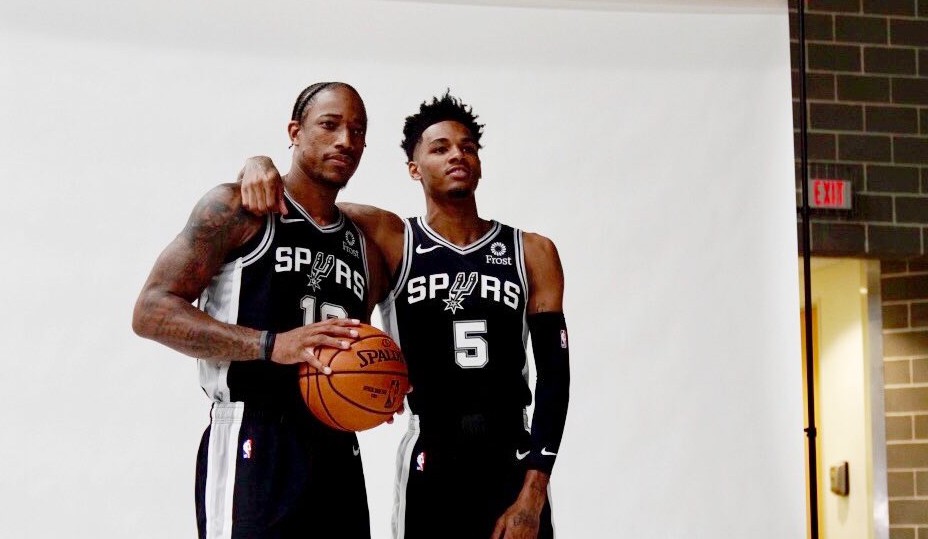 After battling back from a torn ACL that kept him sidelined last season, Spurs point guard Dejounte Murray was all smiles at the team’s media day on Monday.

“It was rough but it’s behind me now,” Murray told reporters. “I’m no longer worried about it. I’m somebody who doesn’t live or play with fear. I’m just excited to play basketball.”

Following consecutive first-round playoffs exits, San Antonio’s ceiling is likely commensurate with Murray’s health and impact on the court. The Spurs suffered frequent lapses on the defensive end of the floor this past season, particularly away from the AT&T Center. As the youngest player ever named to a NBA All-Defensive team, Murray’s return and ability to disrupt opposing offenses should help revitalize a San Antonio defense that head coach Gregg Popovich described as “average at best.”

According to Popovich, Spurs doctors have placed no restrictions on Murray, which is significant, as his presence and playmaking will be vital to the team’s success in a reloaded Western Conference. Within the Southwest Division alone, the Houston Rockets added former league MVP Russell Westbrook to their roster, the Dallas Mavericks will pair a healthy Kristaps Porzingis with last season’s Rookie of the Year Luka Doncic, and New Orleans hit the lottery with Zion Williamson who projects to be a generational talent.

San Antonio’s key signings this summer included promising free agents DeMarre Carroll and Trey Lyles, along with Keldon Johnson, Luka Samanic, and Quinndary Weatherspoon who were acquired via the draft. Weatherspoon in particularly will be hard pressed to crack a backcourt rotation that, including Murray, features young guards Derrick White, Bryn Forbes, and Lonnie Walker IV, not to mention veteran Patty Mills.

“We’ve got a lot of guys that’s willing to learn and willing to work and go at each other,” Murray added. “We’ve got a great coaching staff. We got Coach Pop, the greatest coach of all time, even though he’s gonna hate I said that. He’s gonna figure this thing out and put everybody in a situation to succeed.”

The NBA is steeped in nostalgia and San Antonio is no exception. Four seasons removed from their last championship run, the Spurs will raise Tony Parker’s jersey to the rafters, and welcome the greatest player in franchise history back to the fold as an assistant coach. Tim Duncan may have walked through the door, but for San Antonio’s youthful backcourt the future is now.