Surprise! Dave Chappelle is Doing a Stand-Up Show at the Aztec Theatre Tonight 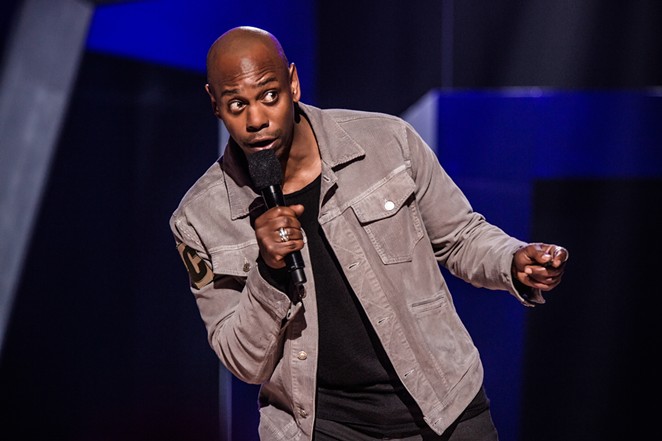 Got plans tonight? If not, then you're in luck – the Aztec Theatre just announced that legendary comedian Dave Chappelle is making a surprise appearance in San Antonio Monday night.

After stopping production on his immensely popular sketch series Chappelle's Show and disappearing from the public eye in the aughts, Chappelle mounted a comeback in the past several years. He resumed touring in a big way, and inked a deal with Netflix to produce new stand-up specials including The Bird Revelation, Equanimity and this year's bitingly topical Sticks and Stones.

Tickets will go on sale at 3 p.m. for Chappelle's 9 p.m. set. The show is all ages, but there's a purchase limit of two tickets per person. All tickets will be held for pick-up at will call with dual verification of the ticket holder's I.D. and the credit card used for the purchase.

Word to the wise – anybody that's just in it "for the 'gram" tonight will be sorely disappointed, because no cell phones or other recording devices are permitted. Theater staff will secure all attendees' gadgets in special Yondr anti-tech pouches during the show. In case of emergency, there are unlocking devices in the lobby that will allow people to access their phones.