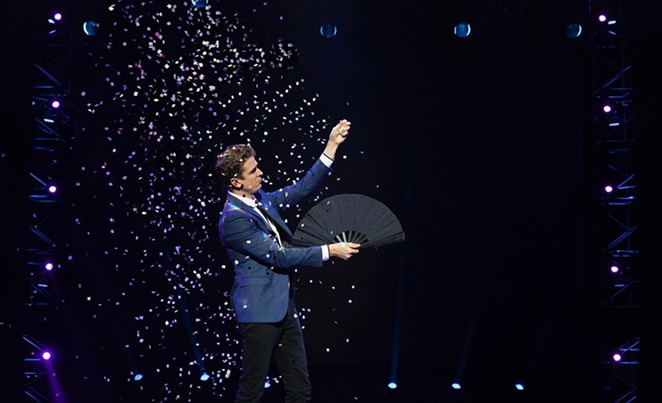 Craving a bit of magic in your life but don't go in for psychic schlock peddled by scammers like Long Island Medium Theresa Caputo? Next spring, a set of professional tricksters will visit the Alamo City, but they make no claims of actual magic powers. Instead, the Illusionists plan to wow audiences with their wit, sleight of hand and even some death-defying escapes.

The Illusionists' 2020 live tour will feature a cast of magicians with varying skill sets, from "The Mentalist" Chris Cox's powers of deduction to "The Daredevil" Jonathan Goodwin's jaw-dropping stunts.

The tour won't be coming to San Antonio until March 7 of next year, but until then, magic fans of all ages can follow The Illusionists on social media, where they periodically share videos of kid-friendly magic tricks that can be used to wow friends and family.