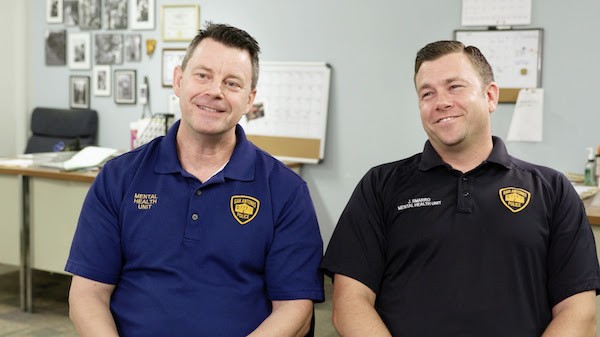 Ernie & Joe chronicles the two officers' innovative and empathetic approach to crisis, a refreshing breath of fresh air amidst reports of ongoing police brutality, when even a run-of-the-mill wellness check can become deadly.

The SXSW jury gave Ernie & Joe "Special Jury Recognition for Empathy in Craft," and didn't mince words about the film's importance and impact, saying the following in a statement:

"Everyone needs to pay the fuck attention to this deeply felt and expertly rendered documentary about two members of the San Antonio Police Department’s Mental Health Unit, who are changing how police see their own jobs with their embrace of making empathy and the individual the priority over force and violence."


Smarro has kept busy since the documentary's filming, pairing up with fellow officer and his business partner Jesse Trevino to create the podcast Truly Mental.

The documentary will premiere on November 19 at 10 p.m. CST on HBO, and will also be available on demand and on HBO's streaming services HBO NOW and HBO GO, as well as partner streaming platforms like HBO on Hulu and Amazon Prime Video.