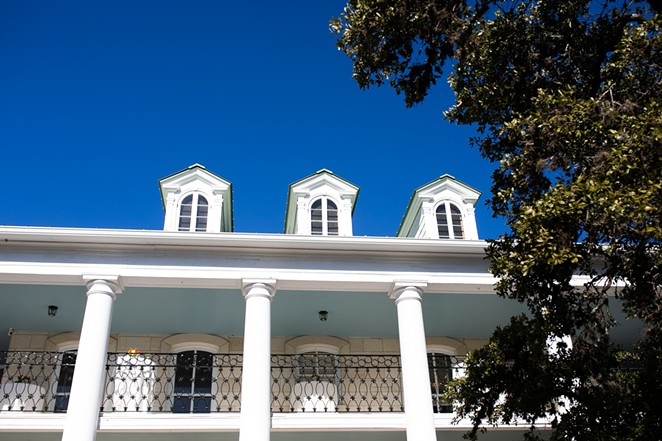 Hidden in the Medical Center near the junction of Interstate 10 and Loop 410, Denman Estate Park is oft overlooked in favor of San Antonio's more popular outdoor oases. So, it's no surprise that big changes have come to the property without garnering much notice.

In 2010, the park opened as a joint venture between the City of San Antonio and the University of the Incarnate Word. According to the park's website, "The City and UIW entered into a joint use agreement in which UIW [maintained] the property and [used] the buildings as a retreat center."

Not anymore — approximately a year ago, local homeschooling association the Family Educators Alliance of South Texas (FEAST) purchased UIW's parcel, splitting it off from the remainder of the property, which remains a park under the city's purview. The city's acreage includes the pond — recently restored after a series of leaks — and Pavilion of Gwangju, which was a gift from San Antonio's Korean sister city.

FEAST has converted the plot containing the Denman mansion and outbuildings into a rentable space for public and private events. To prep the property for use as an event venue, extensive renovations have been made to the mansion, which was originally built in 1936 by Gilbert Denman, Sr. and his wife Pearl. The building features historic architecture and a second story porch with a view of the city's downtown skyline.

On Friday morning, the Denman mansion's restoration was marked by a ribbon cutting hosted by FEAST and the San Antonio Hispanic Chamber of Commerce. Final upgrades are still being made to the property, but rentals are being accepted for everything from corporate events to quinceañeras.