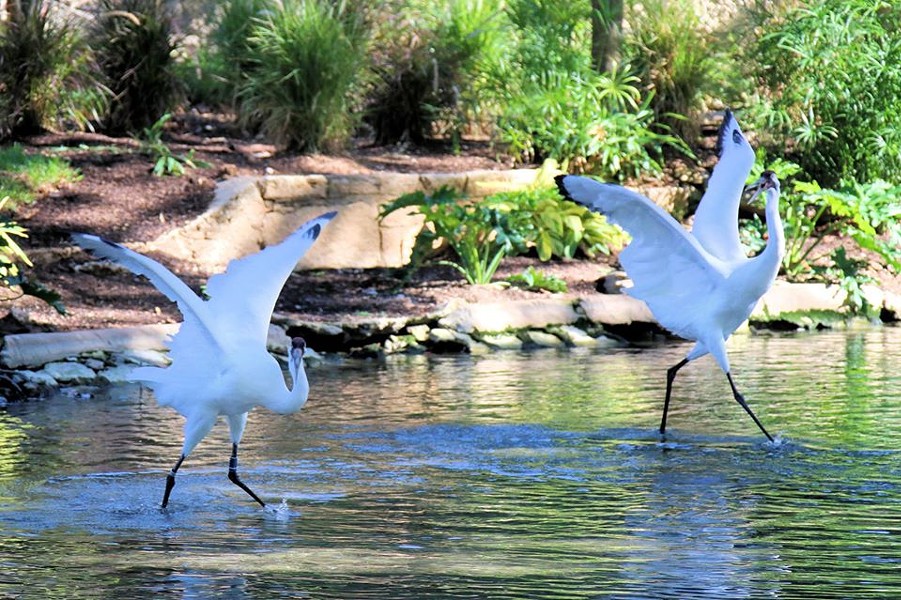 Think Robert Downey Jr. had the greatest comeback of all time? Think again.

That honor actually belongs to an entire species — the whooping crane, which was rescued from the brink of extinction by enterprising scientists and conservationists, whose aggressive breeding efforts brought the cranes from a shocking number of 16 birds in the wild in 1956 to more than 800 today, with approximately 500 migratory cranes wintering in Texas' Aransas National Wildlife Refuge alone.

On Monday, the San Antonio Zoo opened a new habitat to continue its longstanding effort to help preserve the crane species, which began with the rehabilitation of a crane named Rosie, who first produced offspring at the zoo in 1967.

The new habitat is made up of shallow, grassy wetlands fed by pure well water, designed as a haven for the cranes that will encourage breeding.

“We hope this habitat shows guests how remarkable this animal is and gives them a whole new appreciation for the conservation work the zoo has been able to accomplish,” zoo president and CEO Tim Morrow said in a statement.

Looking forward, the zoo has launched a Giving Tuesday fundraiser to fund a new Jaguar Cat Walk, an overheard walk that will allow the resident jaguars to hang out in a "canopy-type setting" and give them access to explore the river's edge in the neighboring Amazonia habitat. The cost to construct the new habitat is estimated to be nearly $2 million.