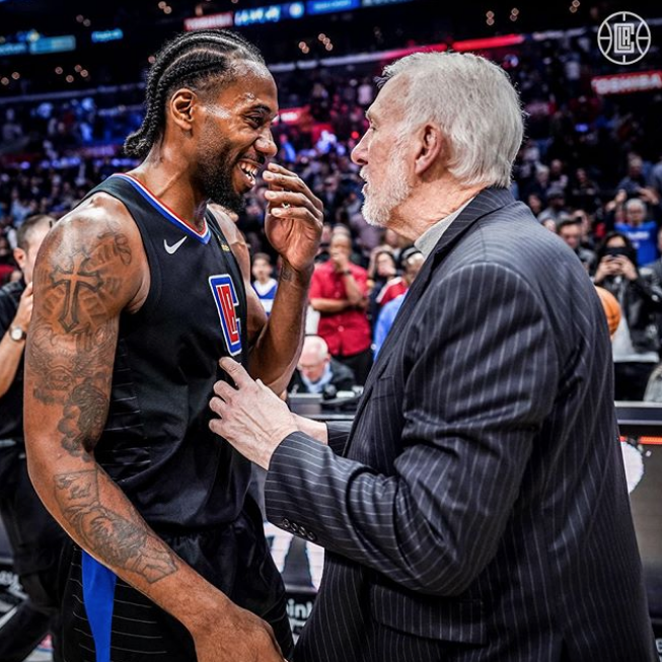 In a recent article from The Athletic, writer Michael Lee discussed the reception Kawhi Leonard faced in Toronto. Though he spent just one season with the Raptors, the franchise expressed gratitude to Leonard, giving him his championship ring, playing a tribute video and applauding him throughout the night when the Clippers, Leonard's current team, played in Toronto.

As anyone who's attended a Spurs game when Leonard returned to the AT&T Center after his 2018 departure knows, such is not the case for the Alamo City.

George, also with the Clippers, gets it. He faces boos in Indianapolis when the LA team faces the Pacers, where he played for seven seasons. George said the jeers he and Leonard receive when playing against their former teams is due to "small town" mentality.

"It's basically they look at us as bad guys when things don't go the way they want it to go," George told the Athletic. "And that's just the narrative on those stories, when a player dictates where he wants to go."

Many Spurs fans who have an issue with Leonard say it's not solely due to him leaving the team. Instead, it comes down to him playing just five games in the 2017-2018 season and not returning to the court even after the Spurs' medical team cleared him to ball up.

Even so, George sees Spurs fans as resentful.

"In a small market, small towns you get it. Especially with a player like myself. They feel like I was homegrown there," George said, comparing his own experience with Leonard's. "I embodied them. I grew up there. I became one of them. And again, in a small market, when they see their players go away, there's a resentment."

It's worth pointing out that Spurs fans' attitude is reserved just for Leonard. It's not like the whole city is bitter about anyone else who left the team. Former players like David Bertans, Boban Marjanovic and Danny Green, who was traded to Toronto in the same deal as Leonard, all receive a warm Alamo City welcome.

While the Spurs franchise offered up a tribute video to Leonard and Green in their first game in San Antonio as Raptors, many Spurs fans weren't swayed. And that may never change.

"They're going to continue to hate, boo, be mad or bitter about these types of stories. It's a part of sports," George said. "It's nothing that's going to change how people feel about that."