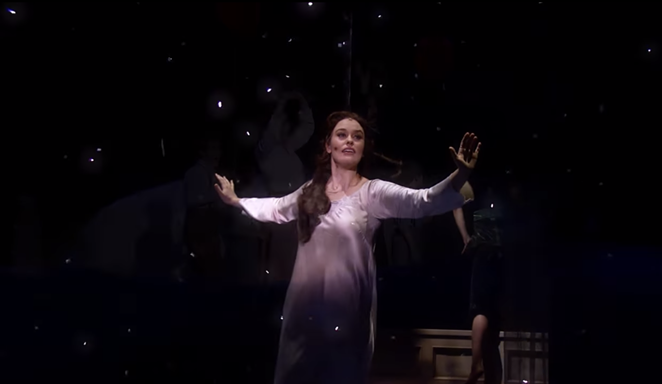 Sure, Peter Pan has been done to death, but what about the story of the man behind the boy who never wanted to grow up?

Based on Alan Knee's play The Man Who Was Peter Pan, Johnny Depp vehicle Finding Neverland hit movie theaters to much fanfare in 2004, grabbing seven Oscar noms in the process. So, it's no surprise that the much lauded J.M. Barrie backstory returned to the stage in 2014, this time adapted into a full-on musical production.

In Finding Neverland, we see Barrie — then a struggling playwright — form a touching relationship with ailing widow Sylvia Llewelyn Davies and her four young sons. As his bond with the family grows, he is inspired to create a brand new story, and puts together a play based on his adventures with Sylvia and the boys, starring the now-beloved character Peter Pan.

Now on tour, the musical will make a one night stop at the Tobin Center next Wednesday, so anyone with a Peter Pan-obsessed child — or that's simply a kid at heart — had better see it before it's gone.