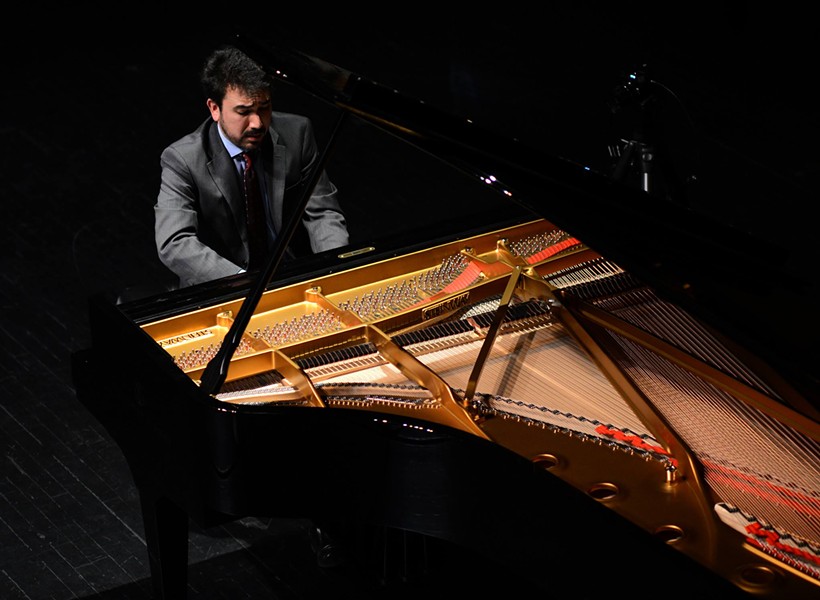 Although the San Antonio International Piano Competition (SAIPC) attracted top talent to the Alamo City for almost four decades, it largely flew under the radar for all but the most die-hard classical music fans.

Musical Bridges Around the World (MBAW) wants that to change.

After merging with SAIPC in 2017, MBAW rechristened the competition the Gurwitz International Piano Competition — in honor of SAIPC President Emeritus Ruth Jean Gurwitz, who died in 2015 — and set to work on making the 2020 competition bigger and better than ever.

For one, MBAW got The Admiral on board to promote the rebooted competition. Former Spur David Robinson, who's a flutist as well as an NBA Hall-of-Famer, is serving as Honorary Chair for the 2020 event.

This Sunday, the Gurwitz kicks off with a pre-competition recital featuring the competition judges as well as guest performers. On Monday, the four rounds of competition commence, in which 12 contestants will strut their stuff in the hopes of winning the $25,000 gold medal prize.

While past SAIPC competitions focused on solo performances of pieces from the Western classical canon, the Gurwitz is shaking things up in more ways than one.

In a nod to San Antonio's heritage, the six remaining finalists in the second round are required to perform works by Latin or Spanish composers. Additionally, while past competitions judged contestants purely on their merits as soloists, the Gurwitz has expanded to include collaboration in its final two rounds. In the third round, the three finalists will perform a trio composed by Ethan Wickman with two members of Yo-Yo Ma's Silk Road Ensemble, clarinetist Kinan Azmeh and percussionist John Hadfield. The Gurwitz culminates with a final round in which the finalists will each perform a concerto with the San Antonio Symphony in the Tobin Center.

As in past years, most of the competition events are free — including a concert by renowned Japanese jazz pianist Hiromi at the Empire Theatre on Thursday — although attendees are still required to reserve tickets. However, the final round with the Symphony on Saturday and the awards brunch that follows on Sunday do have a price for admission.


Despite its tempting offerings, since most of the competition takes place during workday, MBAW knows it will be impossible for many people to attend the rounds in full. But, knowing that the average worker bee can often be found with headphones on at their desk, the organization has made it so anyone who can't make it to the performances can still enjoy them from afar. Each round will be streamed on both the Gurwitz and MBAW websites and their Facebook pages.