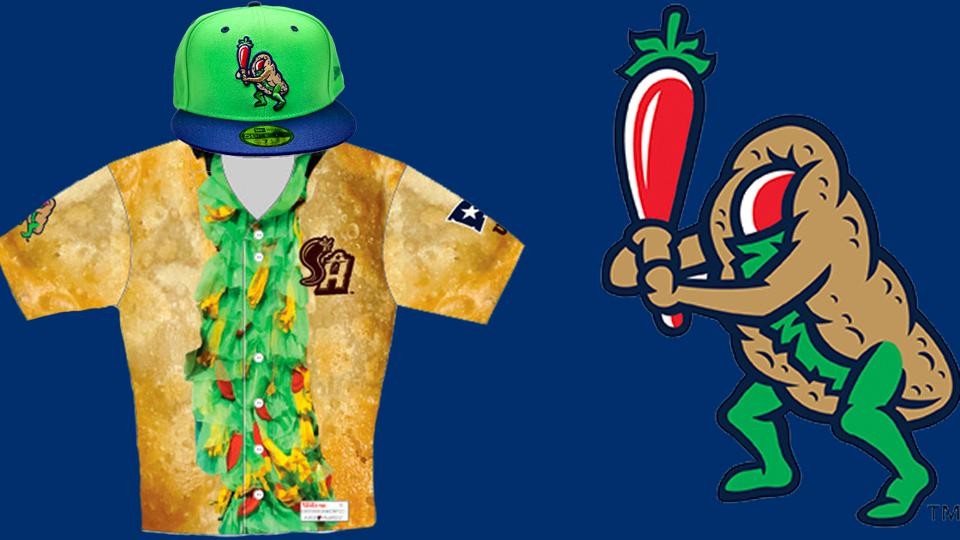 Two years after becoming the Flying Chanclas for the Minor League Baseball's Copa de la Diversión initiative, the San Antonio Missions are once again proving they're all about Alamo City culture.

The team will become the San Antonio Puffy Tacos for three games between May 22 and May 24 to highlight the city's food culture. The organization even declared May 22 National Puffy Taco Day.

After 31 years Taco is finally looking for the recognition he deserves! #nationalpuffytacoday pic.twitter.com/J7IYkmvY0f

"When people think of San Antonio's food scene, they think of puffy tacos," Missions president Burl Yarbrough said in a statement. "The jerseys will showcase a bit of what makes San Antonio so special to fans and the rest of the baseball world."

The special uniforms will feature a puffy taco print, including lettuce, tomato and cheese toppings down the front. Fans also will be able to purchase merchandise including jerseys, T-shirts and baseball caps featuring a logo of a puffy taco using a pepper as a baseball bat.

The league-wide Copa de la Diversión initiative aims to connect local teams to their Latinx communities. The Missions opted to play as the Flying Chanclas in 2018 and 2019 as part of the program.