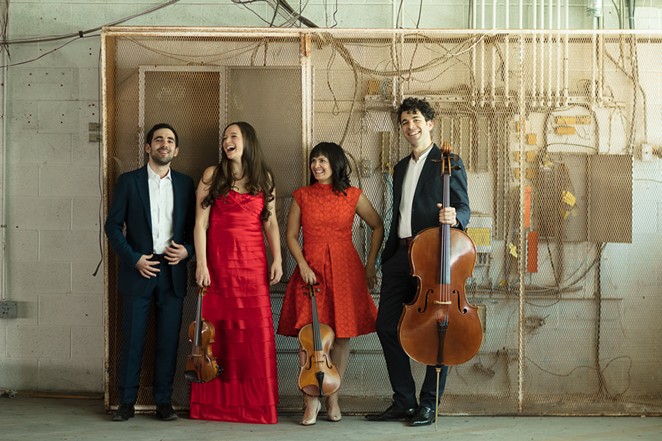 We all need a little soothing right now, and what better than the dulcet tones of a piano or a violin? Lucky for us, two San Antonio classical music organizations are streaming past performances online so that we can enjoy them from the safety of our homes.

Collaboration-focused chamber ensemble Agarita started to upload selections from its past performances on its website in mid-March. Though relatively new on the scene, the quartet has given 10 concerts in its two seasons, all of which were filmed. Each concert video is uploaded with its accompanying program notes on Friday and remains available to watch at any time for the full week. At that point, it’s replaced with the next concert on the docket. Viewers can look forward to collaborative performances including team-ups with photographer Natalia Sun, poet Laura Van Prooyen and sculptor Danville Chadbourne. Concerts can be streamed at agarita.org/media — new performances will be uploaded March 27 and April 3. Earlier this year, Chinese pianist Jiale Li was crowned Gold Medalist and awarded $25,000 at the newly renamed Gurwitz International Piano Competition. At the time, the first three rounds — two of solo repertoire and a special third in which the three finalists were joined by members of Yo-Yo Ma’s Silk Road Ensemble for a chamber music performance — were livestreamed for people to enjoy. As it turns out, competition organizers Musical Bridges Around the World saved those recordings and will rebroadcast them from March 30 through April 3 on the Musical Bridges and Gurwitz websites and on Facebook. 10 a.m.-1 p.m. and 4-7 p.m. Monday, March 30-Wednesday, April 1, 7-9 p.m. Friday, April 3, thegurwitz.org.