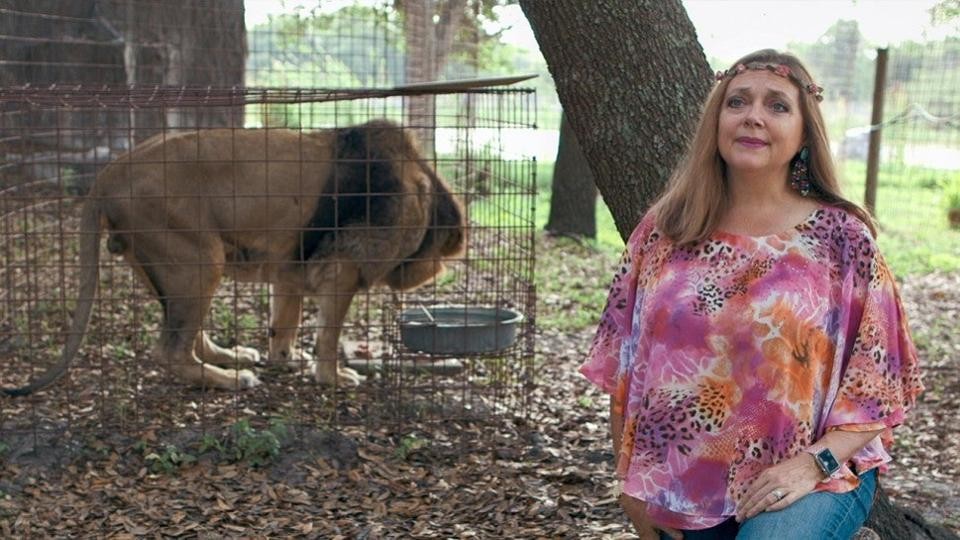 Chances are you’ve already seen — or at least heard about — Tiger King, the new, batshit-crazy Netflix docuseries that follows the strange story of Joe Exotic, a former roadside zoo owner currently serving 22 years in federal prison on animal abuse charges and for masterminding a murder-for-hire plot.

The woman he wanted dead was Carole Baskin, the CEO of Big Cat Rescue, an animal sanctuary for big cats based in Tampa, Florida, who is portrayed in Tiger King as Exotic’s archnemesis with her own dark secrets.

The story hits closer to home when you learn that Baskin was born in San Antonio. Her birth name was Carole Stairs.

On Baskin’s YouTube channel, there is a series of videos featuring her talking about her life and reading from her childhood diary. In one of these videos, Baskin says she was born on June 6, 1961 at Lackland Air Force Base. At the time, she says her father was in the U.S. Air Force working for Central Intelligence and her mother was working at Frost National Bank.

The video also contains a photo of Baskin as a newborn with her mother and father and her very first pet cat, which was ironically named “Tiger.”

In another video, she reads from a diary entry she wrote when she was 13 years old: “Remember the Alamo. San Antonio, Texas was a pretty famous place and had seen some pretty famous events, but my birth wasn’t one of them.”

She also shares that her home in San Antonio was located on Wharton St. on the city’s South Side. We’re not sure how long Baskin called San Antonio home exactly, but judging from other videos, it seems like she was still a baby when the family moved.

It might turn out that Baskin was too young to remember any of her time in the Alamo City, but now that the entire country seems to only be talking about three things – the coronavirus, Animal Crossing and Tiger King — it’s going to be hard not to remember the name Carole Baskin for the foreseeable future.

The Current has reached out to Baskin to learn more about her history in San Antonio, so we’ll keep you posted if we hear back from her.